You are here: Home / Buzz / Save Our Pools – Withholds Petitions, Demands Answers

DEARBORN, MI – When it comes to Dearborn’s pools, residents feel there are too many questions and not enough answers.  Save Our Small Pools (SOP) will not turn over a majority of the petitions needed until Dearborn residents get those answers. The petitions include signatures from every proposed Special Assessment District (SAD) in Dearborn and would be the triggering event to a vote by late-June 2012. The deadline for the submission of petitions is today, April 30, 2012,  SOP says it is too soon. 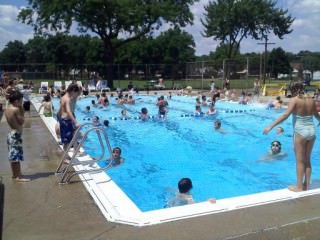 The biggest question is the cost. It is generally understood that the passed SAD would act as a ceiling to both capital improvement and operation costs. However, the exact number that a company would charge to conduct such improvements is a virtual guess until a Request For Proposal (RFP) is opened and bids returned. Despite strong dissent by SOP, the RFP step is one that would not occur until after the SAD vote, leaving this important question unanswered even as voters decide how to cast their ballots.

The pre-requisite for an SAD is based on funding for outdoor pools. In 2010, the city advised the residents that they could no longer fund the 6 small pools. With the recent release of the Proposed 2013 Fiscal Budget documents (available on the city website ) new information provided shows that money is being planned (4 million dollars) for construction of a “mega aquatic facility” at Ford Woods park, leaving residents asking many questions after a voter approved mileage increase last fall.

The process of the SAD is relatively unknown as it is a rare occurrence. Through the Outdoor Pool Sub-Committee, SOP repeatedly requested meetings with the City Attorney’s office to discuss the intricate details of the petitions and subsequent vote, such as which homeowner can sign and whether a person with multiple properties gets multiple signatures. Despite the nature of many questions directly related to the petition process, the City Attorney’s office refused to meet with the Outdoor Pool Sub-Committee or SOP until after the petitions were submitted.

Many other questions have been raised as it relates to the control a SAD would have over its own pool operation hours, the fairness of the tag structure, the potential for a city-wide vote, and whether this vote is even necessary when the money is being planned in the budget. Throughout this process, SOP has had to respond to residents’ questions on these issues and others with “we really aren’t sure.” Residents are asking that their questions be answered before they sign the required petitions.

About Save Our Pools (SOP)
Established in 2010, SOP believes that these 6 small neighborhood pools have been a place for our children to work, swim, exercise and build life-long relationships. Our voice will not be heard unless we work at this together. We are one Dearborn, one Team and one Family.  Contact SOP by email:  [email protected]  Additional information is available at:  saveoursmallpools.blogspot.com  and http://www.facebook.com/groups/saveourpools