You are here: Home / Buzz / Lebanon Seeks Most Beautiful Women at May 24 Pageant

DEARBORN, Michigan – Lebanon is looking for the most beautiful Lebanese expatriate to represent their culture and country, and Dearborn has been selected to host this year’s US competition.

The American pre-pageant competition, open to Lebanese American women between the ages of 17 and 27, will be held Thursday, May 24 at the Greenfield Banquet Hall, 4770 Greenfield, in Dearborn, Michigan. Applications must be submitted no later than May 10 at www.MissLebanonEmigrants.com. 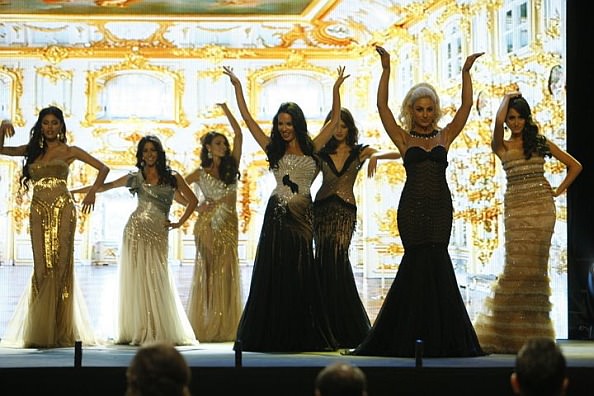 The winner of the Dearborn beauty pageant will join pre-pageant winners from more than 35 other countries at Castle Assouf in Dhour Shweir, Lebanon on August 11.

Georgina Rizk, Lebanon’s first Miss Universe in 1971, and the only Arab to win the contest, will be attending along with Lebanese Minister for Tourism HE Fady Abboud, and other Lebanese and American dignitaries including the founder of AUD (American University of Dubai). 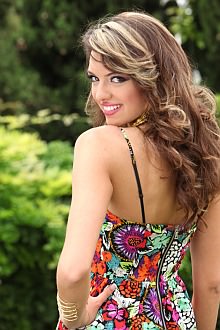 Krystelle Khoury, winner of the 2011 Miss Lebanon Emigrants competition, will also speak about her experiences during the past year before turning over the crown to the 2012 winner in Lebanon. Khory was recognized as one of the 50 most beautiful women in the world out of hundreds beautiful women who emerged in the Miss Universe, Miss World, Miss Earth, Miss Supranational and Miss International pageants.

“This is an excellent opportunity for young women of Lebanese heritage to proudly represent the Lebanese people in a worldwide beauty contest and to also open a door to great opportunity,” said Joumana Kayrouz, President and owner of the Law Offices of Joumana Kayrouz, P.L.L.C.. Kayrouz was recently appointed President of the Miss Lebanon Emigrants USA Board of Directors by the Lebanese Ministry of Tourism.

“Many of the Miss Lebanon Emigrants USA contestants have gone on to international fame including Rima Fakih who won in 2008 and was named Miss USA at the pageant in 2010.”

Kayrouz said the winner of the USA contest will receive an all-expense-paid 15-day trip to Lebanon to participate in the Miss Lebanon Emigrants 2012 beauty pageant. There are other benefits, too, Kayrouz said including tuition for one semester at one of the American Universities in Beirut, a 3-day vacation cruise and more. The winner of the Miss Lebanon Emigrants 2012 pageant held in Lebanon will receive more than $50,000 in prizes and benefits.

“It is a great chance for young women who are looking to break into a modeling career or maybe even go on to the big screen,” said Kayrouz who noted that there are an estimated 18 million Lebanese expatriates living outside of Lebanon.

Additional benefits include entry into the Miss Supranational Beauty Pageant to be held in Poland and a chance to win $25,000 in cash; a chance to participate in local and international charity events as well as fashion shows around the world; the chance to appear on selected magazine covers and on television talk shows in the USA and Lebanon, a one year spa membership and hair and makeup services for a full year.

Candidates must be between the ages of 17 and 27 at the time of local pageant May 24, be of Lebanese origin, (one parent must be of Lebanese origin, 2nd and 3rd Lebanese Generations are welcome), be a resident of the US at least six months prior to the pageant competition, and have a high school degree or GED (by June 1).

The contestants must also be able to travel to Lebanon to participate in Miss Lebanon Emigrants 2012 (costs will be covered by the pageant) and must be available to represent the Miss Lebanon Emigrants USA at charity and honoring events all over USA (will be notified at least 15 days prior to appearance dates).

The Miss Lebanon Emigrants 2012 Beauty Pageant is organized with the collaboration of the Lebanese Ministry of Tourism, the Lebanese embassy in the USA, MTV, and the WLCU.

Kayrouz said she expects many contestants to enter the competition. She noted that Fakih left the US Pageant to place third in the Miss Lebanon Emigrants contest held in Batroum, Lebanon in 2009, finishing behind Carina El Kaddissi of Brazil and Jessica Kanawaty of Australia. Fakih won the Miss Michigan USA pageant on September 19, 2009 at the McMorran Place Theater in Port Huron before taking the Miss USA title and becoming the first Miss Michigan USA to win the national title since Kenya Moore in 1993.

“The message is contestants from the United States and Michigan have a good chance to excel and represent the Miss Lebanon Emigrants in the international contest later this year,” Kayrouz said.