DEARBORN, Michigan – The Judges of Dearborn’s 19th District Court recently joined local students to celebrate the 54th anniversary of Law Day – a time set aside each year to help Americans remember the importance of the rule of law. 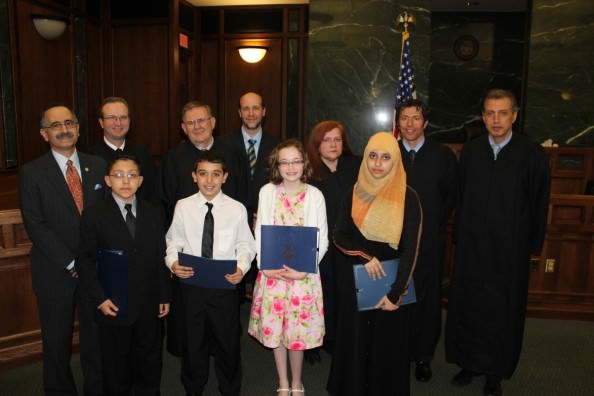 The theme of this year’s contest was Language Barriers.

The contest drew hundreds of entries from the fifth, sixth, seventh and eighth graders at Dearborn’s public and private middle schools.

Law Day was established in 1958 by President Dwight D. Eisenhower to mark the nation’s commitment to the rule of law. In 1961, Congress issued a joint resolution designating May 1st as the official date for celebrating Law Day. The 19th District Court is proud to join bar associations, courts, schools, and civic groups across the country in commemorating the event each year.

16 winning essays were selected: a first place, second place, third place winner and an honorable mention in each grade level (fifth through eighth). 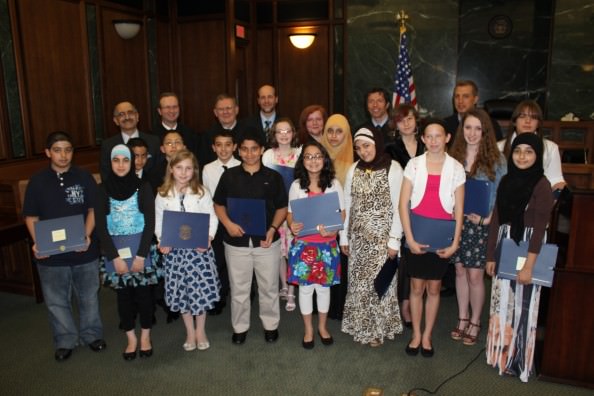 The awards ceremony was held at the 19th District Court on Tuesday, May 1st. Chief Judge Richard Wygonik thanked the Rotary Club of Dearborn for its sponsorship of the program, including Rotary President-Elect Hassen Hammoud and gave special recognition to the parents and teachers attending the event.

Following the awards ceremony, photos were taken of students and family members with teachers and all dignitaries that were present. Park Place Catering provided refreshments through the generosity of the Dearborn Rotary Club.

Here are the winners of the 2012 Law Day essay contest: