If I wanted to join the Dearborn Latter-day Saint (Mormon) congregation and presented myself for membership confessing that Joseph Smith was a true prophet of God and the Book of Mormon was another testament of Jesus Christ, would I be accepted as a Mormon?

The website Mormon.org states, “If you have a desire to follow Christ’s teachings and obey His commandments, you are first encouraged to participate in a series of discussions that will introduce you to basic principles of His gospel.”

The statement reads, “when you are ready, you can become a member of The Church of Jesus Christ of Latter-day Saints by receiving the ordinance of baptism by immersion for the remission of sins by one having authority who after the baptism lays their hands upon your head, confirms you a member of the Church and then pronounces a blessing upon you that you may receive the gift of the Holy Ghost.”

Ironically,  these requirements, which explain how one becomes a Mormon actually reinforce my point that the Mormon Church is NOT a true Christian Church. How? Let me explain.

Suppose, after participating in the discussion offered by Mormons I stated to the class that they don’t have all the information about God. 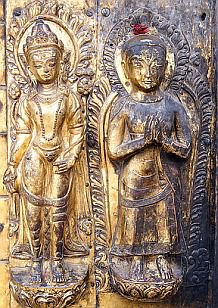 I explain that there was another prophet who came after Joseph Smith and her name was Gilda. Gilda was visited by the angel Vesu and found out that Heavenly Father wasn’t from a planet near the star Kolob, but was on a planet called Vesuvius and that it wasn’t within a billion light years from Kolob. Heavenly Father had visited Kolob, but he wasn’t from there.

How did I know this? Well, Gilda had been led by the angel Thomas Paine to an underground cave and given a golden CD. Written on the CD in Arabic was a another testament of Jesus Christ in addition to the Quran,  Book of Mormon, Doctrines and Covenants, the Pearl of Great Price and the Bible and it was called the Book of Vesu.

After the prophetess Gilda transcribed the Book of Vesu by sitting on a special couch, which had been given to her by God to help her translate Arabic into Ebonics we learn that true Mormons are not baptized in water, but in a pool of wine.

Further, the Book of Vesu teaches that all sports are evil, and therefore, true Mormons are not allowed to participate. They are forbidden to eat meat, and must never drink purified water. Men may only have one wife; but the wives can have multiple husbands.

True Mormons are also encouraged to never wear anything under their clothes because under garments open a person up to calamity and evil spirits.

In fact, in order to be a true Mormon, a person must accept the book of Vesu as another Testament of Jesus Christ and Gilda as His prophetess.

Since Gilda is of African descent and needing an explanation for why there are so many white people, she teaches that white people are white to mark them for their misdeeds in the pre-existence.

Only by believing all these things and others doctrines not found in the Book of Mormon could they obtain true salvation or exaltation and become goddess of their own planet and live there forever with their polygamist husbands and the spirit child they sire.

Now, would the Mormon leadership in Salt Lake City – would the local Mormon congregation accept me as a Mormon? Or would they say that I made up the whole thing and that I have no right to join the Mormon Church unless I believe what they teach?

If Mormon leadership wouldn’t allow me to join their local congregation, become a missionary or receive a temple recommendation based upon these believes, then I submit to you they have just made my point and the point of the Christian Church since Joseph Smith concocted the Mormon religion in the 19th century.

And this is why the Latter-day Saints, for truth and honor sake must stop calling themselves Christian.

Mormonism perverts every single point of essential Christian theology from what is God’s Word, the doctrine of God, the Trinity, the fall of man in the Garden of Eden, the person and doctrine of Christ, and salvation – just about every single doctrine that the Christian Church holds to be true.

Simply using the name of the Lord Jesus Christ on your marquee does not make a building a Church or those who attend Christian.

This is why Mormonism is a cult! This is why the Bible-believing historic Christian Church can not and will never accept the Latter-day Saints as Christian.

And this is why the document FortheSakeoftheGospel.com was created. I, along with hundreds of others have signed our name to the document and we are asking all orthodox Bible-believing Christians to read it and if they agree, to please add their names.