DEARBORN, Michigan – Dearborn Police Detectives are currently pursuing new leads in a 21-yr-old homicide.  Gracielita Flores was the victim of a violent attack and homicide 21 years ago at a Dearborn community center in the city’s south end. Flores was an employee at the community center at the time of the murder and was killed on July 12th 1991 while cleaning the building. 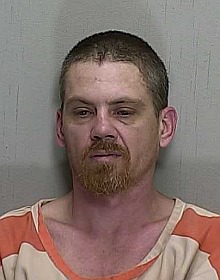 A warrant was signed today by the Honorable Judge Mark. W. Somers. Brady is currently incarcerated in Florida and the Wayne County Prosecutor’s office is currently seeking extradition. Police Chief Ronald Haddad encourages the public to stay involved and reminded citizens that cold case investigations often receive new life from the help of tips and information from the public. Chief Haddad stated that, “this was a well coordinated effort with the St. Lucie detectives who were instrumental in obtaining the new information”.

Prosecutor Kym Worthy stated “The horrific facts in this case illustrate the immediate need to invest in cold case reviews. This case came to us on the proverbial silver platter,” said Prosecutor Worthy. “We must always return to unsolved cases even if they happened decades before.”