DEARBORN, Michigan — Dearborn Police Surveillance officers recovered the stolen 1930 Model-A and trailer yesterday – valued at an estimated $30,000 which were taken from the grounds of The Henry Ford Museum. After several weeks of developing leads from concerned citizens and subsequent surveillance, the trailer containing the classic Ford Roadster was found in an industrial area in Detroit near Mt. Elliot and Gratiot.

Chief Ronald Haddad stated: “It was a pleasure for us to be able to call the car’s owner in California to let him know that his classic piece of Ford history was recovered by our Special Operations crew. Needless to say, he was elated. The hard work that our surveillance officers as well as our detectives put into this case can not be overstated.” Chief Haddad also wished to thank the local and national media and H.E.A.T or “Help Eliminate Auto Thefts” for their help with this case. The Dearborn Police Department is still looking for the stolen 2001 F-250 truck bearing a California license plate that was used to tow the Model A. 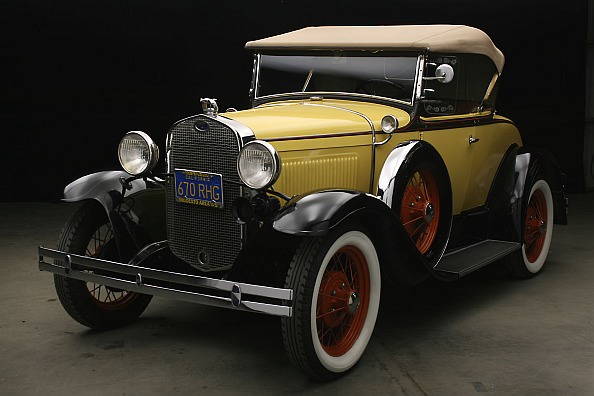 Stolen 1930 Ford Model A Convertible – recovered and returned to owner