You are here: Home / Community / Suspects Arraigned for Unarmed Robbery in Dearborn

Dearborn, Michigan — On July 17, 2012 Dearborn Police were dispatched to an east end apartment complex for an unarmed robbery of a 53 year old male victim, who lived in the complex. The victim was repeatedly punched by 41 year old Wilbert McKeever, a Detroit resident, who is on parole and a registered sex offender. During the assault, 23 year old Jennifer Craven, a Detroit resident and girlfriend of McKeever, took money from the victim and both fled the scene in a green minivan. 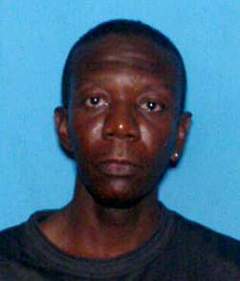 The victim sought medical treatment and was released from the hospital on the same day. An investigation revealed the location of Craven and McKeever, and on July 19, 2012 both were taken into custody by Dearborn Police at their Detroit home without incident. The Wayne County Prosecutor’s Office charged McKeever with Robbery Not Armed, Aggravated Assault and Habitual Offender 3rd Offense.

Dearborn Chief of Police Ronald Haddad stated: “This type of street crime has never been, and will never be tolerated in the City of Dearborn. We’re all safer when opportunistic predators are made to answer in court for their actions.”