DEARBORN, Michigan – Mayor John B O’Reilly, Jr. invites Dearborn residents to join him at Levagood Park on Thursday, August 23 at 6 p.m. to celebrate the 70th anniversary of the outdoor pool.

The Dearborn Recreation and Parks Department event includes free swimming till dusk, complimentary hot dogs and cake plus a “Funk and Dunk Concert” by the Bomb Squad.

The pool deck will be open until 10 p.m.  Pool rules apply.

Levagood Park’s pool has historical significance. In 1940, local officials selected the 40-acre site located near Cherry Hill and Telegraph roads for the first of its kind City outdoor pool. 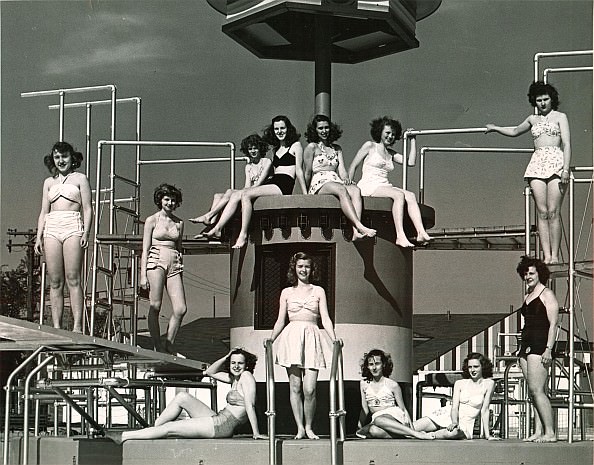 The pool eventually would have two names and several renovations. It was dedicated in 1942 as Seashore Pool and boasted a sand beach and Olympic size swimming area. Refurbished in 1948, the pool was reported to have the best health safeguards in the country. (See more photos in part 2 of this story.)

Residents remember it then and now as a popular place to spend summers. In July 1959, a newspaper article recorded a weekend attendance of over 15,000 people.

The sand beaches were eventually replaced and in 1976, Mayor Orville Hubbard dedicated an enhanced pool complex that included a 45 x 60 foot diving tank, a 50 meter main tank of 75 x 165 feet; a fan-shaped wading pool and a renovated bathhouse. 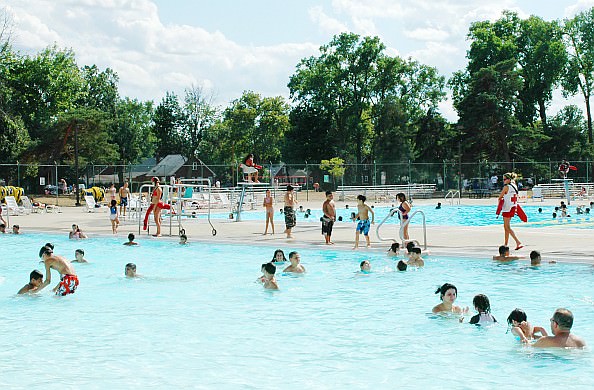 Countless generations of Dearborn residents learned to swim at classes offered by the City Recreation Department at the Levagood Park pool. Others joined swim teams, participated in water exercise, enjoyed sun bathing on the deck or watched annual competitions.