DEARBORN HEIGHTS, Mich. – Although Chief Warrant Officer 2 Laura Tanski only officially slipped the bonds of earth as an Army aviator two years ago, the young woman from Michigan has been living in the clouds for most of her life. 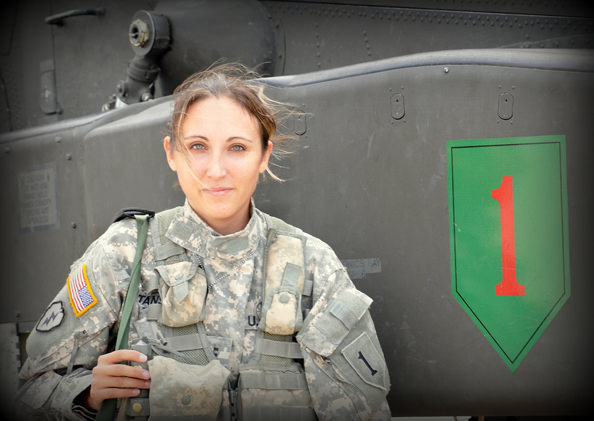 “For as long as I can remember, my room was filled with airplanes and helicopters,” Tanski, a pilot with the 1st Infantry Division’s 1st Combat Aviation Brigade, said recently. “I have always loved aviation and I knew since I was a kid that was going to fly.”

Tanski’s route to the skies above Fort Riley began in her hometown of Dearborn Heights long before she was really even old enough to ride a bike much less pilot a helicopter.

While in high school, Laura got her first taste of flight during flying lessons at a local airport. That quick taste, which included a rather harrowing solo flight in a snow storm, left the young pilot hooked.

“I am fascinated by the fact that a huge machine like a plane or a helicopter can actually fly,” she said. “I wanted to be a part of that.”

After a short tour with the Air Force and a deployment to Iraq with the 25th Infantry Division as an Army air traffic controller, Laura decided that it was time that she stopped managing aircraft from the ground. She put in her paperwork to attend flight school and was selected in early 2008.

“The day I got selected for flight school was the best day of my life,” she said. “I just kept looking at that selection list on the computer – I had to double and triple check it to make sure I was seeing things right.”

Laura spent two years learning how to fly at Fort Rucker, Ala. The young aviator said the flying part came easy in the early days of flight school – she was, in fact, one of the first students to “solo” in her class. When the time came for Laura to select her “advanced aircraft,” she had her heart set on one, and only one, airframe – the AH-64 Apache helicopter, one of the Army’s most lethal pieces of equipment.

“My intent has always been to get as close into the battle as possible and I knew that the Apache was always right there in every mission,” she said.

Laura’s mom was not surprised that her daughter selected the Apache – she would have been more surprised if her little girl hadn’t selected the high-tech aircraft.

“Laura has always welcomed a challenge so it was no surprise that she would choose the most challenging and complex helicopter,” she said.

When she began the Apache helicopter block of instruction, Laura was the only female in her class. Today, she is one of just four Apache pilots in her battalion and one of less than 20 female helicopter pilots who call the 1st CAB home.

Being a member of such a small group has never made much of a difference to Laura, however. To her, there is no difference between the Soldiers to her left and right and the big brother who tore up and down the roads of Dearborn playing street hockey with his little sister.

“Having an older brother really prepared me for life in this unit and in the Army,” she said. “All the Soldiers here are just like brothers to me. We play jokes on each other and have a good time but we work hard too. Our company is very close; it really is like a family down here.”

Now edging toward 300 total flight hours including 80 combat flight hours, Laura is looking forward to her future in Army aviation.

“I want to become an instructor pilot,” she said. “I had some fantastic instructors while I was at Fort Rucker and I want to be able to teach others just like those great IPs taught me.”

Laura also has a few things to teach her fellow female Soldiers who are blazing their own paths in fields typically dominated by their male counterparts. 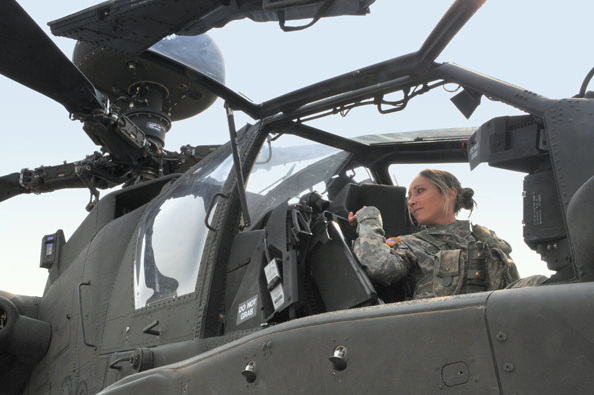 “Never give up, no matter who says you can’t do it,” she said.

Her daughter’s dedication to excellence and never ending pursuit of her dream has made Patricia quite proud of a little girl who used to save her allowance so she could buy rocket kits and host launch parties in the backyard.

“I feel my daughter is not only a role model for her family, especially her nieces, but for every woman who has a goal that she is working to accomplish,” Patricia said. “Even I continue to be inspired by my daughter every day.”