You are here: Home / Business / Ben Franklin’s Rules for Getting Things Done

Benjamin Franklin was a man of action. Over his lifetime, his curiosity and passion fueled a diverse range of interests. He was a writer (often using a pseudonym), publisher, diplomat, inventor, and one of the Founding Fathers of the United States. 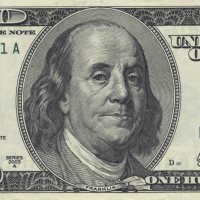 His inventions included the lightning rod, bifocals, and the Franklin stove. Franklin was responsible for establishing the first public library, organizing fire fighters in Philadelphia, was one of the early supporters of mutual insurance and crossed the Atlantic eight times. Self-development was a constant endeavor throughout his incredible life.

Benjamin Franklin was clearly a man who knew how to get things done.

Here are 14 action-inducing lessons from him:

“Well done is better than well said.” — Talk is cheap. Talking about a project won’t get it completed. We all know people who constantly talk about the things they are going to do but rarely ever take that first step. Taking action and seeing the task through to completion is the only way to get the job done.

“Never leave that till tomorrow which you can do today.”  — With an impressive list of achievements to his credit, Benjamin Franklin was not a man hung up on procrastination. He was a man with clear measurable goals who worked hard to turn his vision into reality.

“By failing to prepare, you are preparing to fail.” — You need a plan to accomplish your goals. Charging in without giving any thought to the end result and how to achieve it, is a sure way to fall flat on your face. Have a realistic plan of attack and a systematic approach for getting where you need to be.

“When you’re finished changing, you’re finished.” — Either way change is inevitable. The stronger we fight against it, the more time and energy it consumes. Focus on proactively making positive changes, instead of having change merely thrust upon you.

“All mankind is divided into three classes: those that are immovable, those that are movable, and those that move.” — There’s a reason we use the expression, movers and shakers. Movers are the ones who take action, the people who get things done, while the immovable are sitting around scratching their heads wondering how others could possibly be so successful.

“Never confuse motion with action.”  — We are always running around doing things. We rush from one meeting or event to the next, sometimes without achieving a great deal. Make your motion mean something.

Give Yourself Permission to Make Mistakes

“Do not fear mistakes. You will know failure. Continue to reach out.”  — Fear leaves us nestled in our comfort zone. Staying in your comfort zone rarely leads to greatness. Taking risks and giving yourself permission to make mistakes, will ultimately lead you to whatever your version of success may be.

“To succeed, jump as quickly at opportunities as you do at conclusions.”  — Opportunities are everywhere. The trick is being quick enough and smart enough to seize them when they arise. Instead of jumping to the conclusion that something won’t work or can’t be done, allow yourself the freedom to ask what if?

“Be at war with your vices, at peace with your neighbors, and let every new year find you a better man.”  — We all have vices of some description. The key is to keep them under control or preferably eradicate them entirely. Never accept that you have finished growing as a person.

“Diligence is the mother of good luck.” — Have you ever looked at a successful entrepreneur or businessperson and thought how lucky they are? Most of the time, luck has nothing to do with it. Hard work and sacrifice on the other hand have everything to do with it. Successful people deal with failure. They tackle their demons head on. They pick themselves up and keep going.

“There are three things extremely hard: steel, a diamond, and to know one’s self.”  — Understanding ourselves is not easy. Sometimes we just don’t want to see ourselves for who we really are. Start by being brutally honest with yourself. Follow through with understanding, compassion, and acceptance.

“Who had deceived thee so often as thyself?” — We spend so much time worrying about other people hurting us, yet fail to comprehend the damage we inflict on ourselves. If you are using negative self-talk, lying to yourself or indulging in addictive behavior you are self-sabotaging. Be kind to yourself. Treat yourself like you would a best friend.

“Energy and persistence conquer all things.” — Achieving our goals can be downright exhausting. There will be days when you want to give up. There will be times when your energy levels flat line and you wonder why you bother getting out of bed. Yet you push forward, day after day because you believe in yourself and you have the determination and strength to back up that belief.

“Life’s tragedy is that we get old too soon and wise too late.” — Benjamin was definitely onto something with this one. Who hasn’t had the thought – I wish I could know then, what I know now? Unfortunately, there is no time machine; there is no going back. The key is to wise up as early as you can to start forging a life of purpose, achievement and happiness.