DETROIT, Michigan – Celebrated personal injury attorney Joumana Kayrouz hosted a first class gourmet style reception in honor of the visit of  His Excellency Gebran Bassil, the Lebanese Minister of Energy, during his recent tour of Michigan.

Bassil was visiting with Lebanese communities throughout the United including in Detroit Sept. 27 thru Sept. 28, to meet with community leaders and to listen to their concerns hoping to strengthen their support of Lebanon. 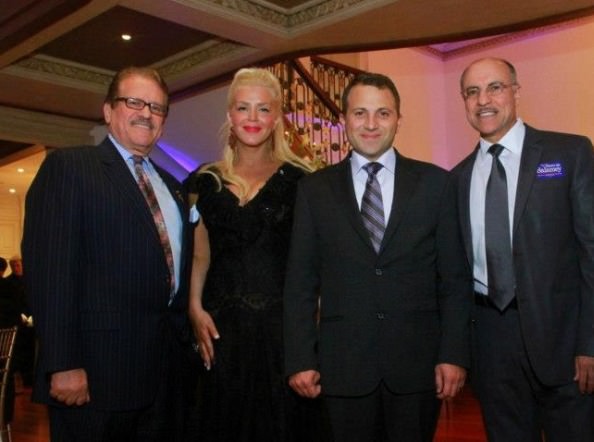 In Bassil’s honor, Kayrouz hosted an elegant reception at her Bloomfield Hills, Michigan home that was attended by 75 of the most influential members of the Lebanese and American community including local judges, elected office holders, business leaders and government officials.

The event was covered by Lebanese television stations that accompanied Bassil to the United States and the Kayrouz-hosted reception was featured in their reporting.

Described as the most spectacular of the events held in honor of the Minister’s tour, the dinner featured a 5-course gourmet meal specially prepared by the award winning Lebanese American Chef, Robert Nahra. Known for his exquisite meal presentations, Nahra is the owner of Lakeland Banquet and Events Centre on 9 Mile Road in Saint Clair shores. Nahra caters to many venues, such as the GM Heritage center, Michigan Opera Theatre, the Royal Oak Music Theatre, the Birmingham Community Center, and the Masonic Temple. 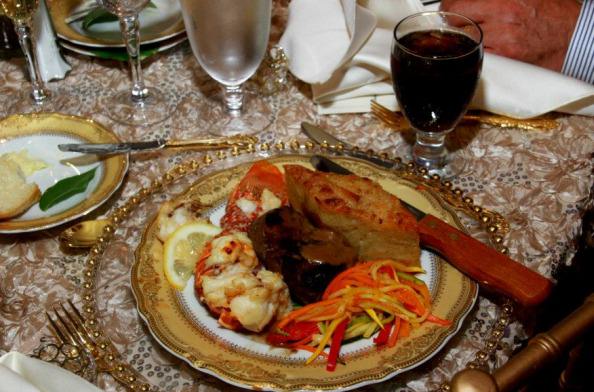 “Ms. Kayrouz told me she wanted a dinner that was presidential and first class in honor of the Lebanese Minister,” Nahra said. “What we did was what would have been prepared for the President of the United States or for a Fortune 500 Company event. She personally selected the menu including lobster tail from South Africa, Prime Fillet, and also the decorations which included about 3,000 flowers, gold gilded crystal and china settings.”

Nahra said to enhance the presentation he created several large cylinders of boiled cinnamon placed over dried ice that generated a white mist that imbued a fragrance during the dinner of freshly made apple pie.

“Joumana wanted to serenade her guests with elegance and fragrant gourmet cuisine using black and white truffle shaved over tortellini and served in glass sealed jars that when opened overwhelmed the gathering with the scent of truffles,” Nahra said.

“The apple spice technique was used for an all-American dessert, which is the Lakelands’ signature apple pie presentation using dry ice and apple spice infused solution.”

Bassil called Kayrouz, who is the only woman attorney to own a major personal-injury law firm in the State of Michigan, a “role model” for every woman who aspires to equality and a successful career.

“His Excellency Gebran Bassil is an effective voice for the people of Lebanon as they move the country forward and energize American Lebanese throughout the United States to remain proud and involved in their heritage,” Kayrouz said.

“I was honored to accept his invitation to join him during parts of his visit to Michigan’s Lebanese community, and to host His Excellency at a spectacular social evening that I hope reflected the best of our community.”

Attendees raved about the event.

“No foreign dignitary has ever been treated to a more classy reception than the one you hosted in your lovely home,” one attendee later said. “Everything – every last detail – was exquisite. The most impressive thing about the evening, however, was the great heart behind it that made every guest feel welcome and at home. Our people are known for their hospitality, but you really took it to another level.”

In March, 2012, Kayrouz was appointed by the Government of Lebanon to serve as President of the Miss Lebanon Emigrants USA Board of Directors.

During the Detroit leg of the International Pageant held in June, His Excellency Fady Abboud, Lebanese Minister of Tourism, presented Kayrouz with the “Lebanese-American Heritage” Award.

The award read, “… for your tireless efforts in strengthening ties between your native Lebanon and the home of your choice, the United States, we honor you for understanding the shared values and the historic relationship between our two great nations… we especially are grateful for your generosity to and leadership in highlighting the unending work St. Jude Children Research Hospital of Beirut.”