DEARBORN, Michigan – On Oct 12th, 2012 at approximately 5:45 am a 90 year old female Dearborn pedestrian, who walked into the roadway on Hubbard Drive near Fairlane Woods Drive, was struck by a car driven by a 72 year old Detroit man who was driving a gray Dodge Neon. 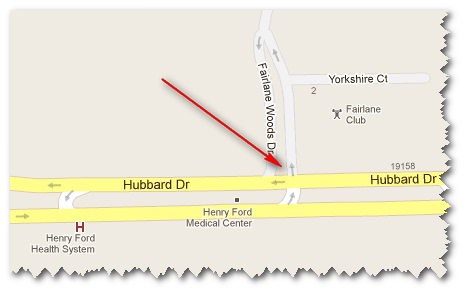 The woman was later pronounced dead at Oakwood Hospital. The Dearborn Police Department statement said “While our investigation is continuing it appears at this time that the collision was accidental and neither drugs nor alcohol were involved.”

Chief Haddad expressed his sympathy and concern for all of those involved and urges drivers and pedestrians to be cautious, especially during early morning hours and times of limited visibility.