DEARBORN, Michigan — As with any major sporting event, criminal elements will attempt to capitalize on the upcoming World Series games. Dearborn Police Chief Ronald Haddad would like to remind citizens to use caution when purchasing tickets and memorabilia from private parties, and to report any fraudulent activity to the their local police department. 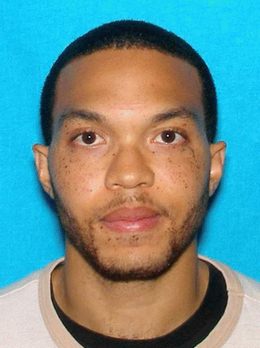 With the World Series Championship games coming to Comerica Park, the Dearborn Police Department would like to notify the public about recent fraudulent incidents involving the online purchase of Tigers tickets through Craigslist.

The Dearborn Police would also like the public’s assistance in locating a suspect wanted in connection with selling invalid Tiger’s tickets. It is believed that Kodi Akins (aka “Fred”) posted ALCS tickets for sale on Craigslist on October 17, 2012. Multiple victims responded to the post and met Akins at different locations within the City of Dearborn in order to purchase the tickets. Upon responding to Comerica Park, the victims learned that the tickets were invalid after being denied entry into the stadium.

It is believed that Akins may be responsible for similar scams in or around the cities of St. Louis and Chicago. Multiple warrants have been issued for Akins’ arrest, who was last seen driving a silver or gray Lexus with Indiana License Plate# 282AZI.

Chief Haddad urges any citizens who may have been victims to notify the police department where the incident occurred. Anyone with information regarding the suspect is asked to contact the Dearborn Police Tip line at 313-943-3012.