You are here: Home / Community / Lecturers Complain About Unfair Salary Treatment at UofM 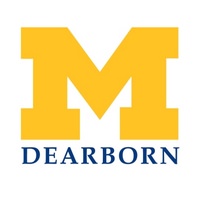 Although non-tenured lecturers at the University of Michigan’s Ann Arbor, Flint, and Dearborn campuses teach a substantial number of courses every semester and are vital to the University’s educational mission, they are paid substantially less on a per course basis than their tenure-track colleagues.

According to University of Michigan Sociology and Residential College lecturer Ian Robinson, the “current gap in pay for the teaching component of faculty work is very large.”  Averaging across all departments, schools and campuses, and taking into account the additional service and research components of a tenured faculty position, tenure-track faculty members are paid between thirty and fifty percent more per course than lecturers.

Many attending the Friday press event voiced their support for “equal pay for equal work,” including LEO President Bonnie Halloran, a lecturer in Anthropology at the University of Michigan-Dearborn. According to Halloran, “The University of Michigan has a proud tradition of supporting equality and fairness in the workplace.  Unfortunately, with respect to lecturer salaries, the University is not living up to its principles. And as the Teaching Equality report shows, the administration could raise lecturer salaries without increasing student tuition.”

Right now, lecturer salaries constitute just under three percent of the University’s roughly $1.8 billion General Fund. Meanwhile, the tuition revenues generated from lecturer courses account for about 27 percent of General Fund revenues, or around $488 million.  LEO is arguing that the University administration needs to rethink its priorities and invest in the faculty who teach the “lion’s share” of undergraduate courses.

Speakers at the event also addressed the recent move in Lansing to pass so-called “right-to-work” legislation. According to LEO President Bonnie Halloran, “LEO exemplifies the kind of constructive, effective work that labor unions do.  We have worked collaboratively with the University of Michigan to enhance teaching excellence and strengthen public education.  Our spirit of cooperation and constructive engagement provide a stark contrast to the divisive politics now consuming the state house and hurting Michigan.”

The Lecturers’ Employee Organization is part of AFT MI and the AFL-CIO, Local #6244. AFT Michigan is a union of 99 locals and 35,000 members working across the state in PreK-12, intermediate school districts, community colleges, and universities.