DEARBORN, Michigan – George Z. Hart, who represented Dearborn as a city councilman, a Wayne County commissioner and a state senator, passed away Jan. 31 in Albuquerque, New Mexico, according to family members. He was 88. 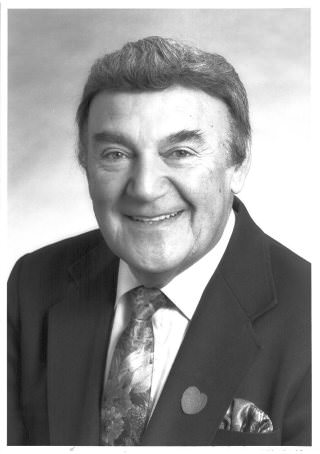 He remembers the gregarious Hart as a people-oriented politician, who loved shaking hands and working the crowd, and who was usually in tune with his constituency. Literally. He was known as the “Singing Senator.”

And while Mr. Hart’s approach to elected office made him a memorable character in the political landscape, he also believed public figures had the power to make a difference. But first he knew you had to get people’s attention.

“George was one of the best known people in the city of Dearborn for decades. Everyone knew George, “the Singing Senator”, and many even purchased his recording of “Songs from the Heart” in the early 1980s,” said Mayor O’Reilly.

“He may have stood out with his musical talents and colorful personality, but more important, he was also named the Legislator of the Year and was the recipient of the Steering Wheel Award from AAA of Michigan for his outstanding advocacy of promoting traffic safety,” said the Mayor.

“As Chair of the Senate Transportation and Tourism Committee, he sponsored and helped pass the third child passenger restraint law in the country, which greatly reduced the death rate of children four years or younger, an accomplishment he was very proud of,” said O’Reilly.

Mr. Hart served as a Dearborn City Councilman 1958 to 1971. That year, he was appointed to the Wayne County Board of Commissioners and he remained with the county until 1978.

In 1978, he ran and was elected to the Michigan State Senate. In his bid for re-election in 1982, he was defeated by Patrick McCollough.  He was elected again in 1985 to the City Council for a term that began in 1986. But he resigned from the Council to run for the Senate again in 1986, this time defeating Bill Runco.

Mayor O’Reilly remembers Mr. Hart as being tenacious in pursuing his goals. Over his career, he ran unsuccessfully five times for State Senate before achieving the seat.

His involvement in so many campaigns and races over the years meant he was connected to Dearborn’s and the state’s history in unique ways.  For instance, he ran for both the City Council and State Senate the 1964.  The second-place finisher in the Senate race took him to court for violating the state ruling against running for two incompatible offices at the same time.

Mr. Hart was stripped of both the State Senate and the City Council positions, but he got back on the Council after then-Mayor Hubbard appointed him to fill the vacancy created by his own removal. Mr. Hart’s experience in 1964 and the court ruling was cited later in other high profile cases of duplicate campaigns in the state.

Despite Mr. Hart’s focus on his political aspirations over the decades, he never lost sight of how important his family was to him.  And that family was expanded just last December, when Mr. Hart married his longtime companion, Catherine O’Brien-Hart .

“George was dedicated to his family and did anything he could to support them,” the Mayor said.

He is survived by his sisters Rose Haroutenian and Helen Lundy, and nieces Mary Kolesar and Mary Canfield.

His legacy is the relationships he had with the public, the Mayor said.  “Most of all, George just loved being with people. He would attend almost every Detroit Tiger home game. But instead of sitting in a seat he would wander throughout the park engaging staff and fans alike,” the Mayor said.

A World War II Army veteran, Mr. Hart was a regular attendee at the city’s Veterans Day and Flag Day ceremonies, and loved waving and marching in the City’s Memorial Day parade, even when he was in his 80s.