DEARBORN, Michigan – Critically acclaimed for her superlative artistry, charismatic and radiant performing style, and intense musicianship, Julie Albers will perform Schumann’s Cello Concerto with the Dearborn Symphony on Friday, March 8 at 8pm at the Ford Community & Performing Arts Center; free concert preview at 7pm. The romantic, highly expressive piece was described by pre-eminent 20th century cellist Pablo Casals as “one of the finest works one could wish to hear – sublime music from beginning to end!” This captivating program begins with the delightful Overture to Mignon, a love story and one of the most popular operas of the late 19th century. The concert culminates with Berlioz’ spectacular showpiece, Symphonie Fantastique, a musical tale of hopeless love when a young man’s obsessed love turns from a pastoral dream to a nightmare of jealousy. 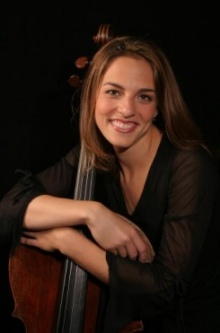 To make a complete night out, the Dearborn Symphony has partnered with local restaurants for “Dinner and a Concert.” The restaurants offer a 20% discount to symphony ticket-holders on concert nights. Advance reservations are recommended at Andiamo Dearborn, Big Fish, Ciao, Double Tree Grille39, The Dearborn Inn, The Henry, Kiernan’s & Silky’s, La Pita, and Ollie’s.

Lodging for Julie Albers is provided by The Dearborn Inn — A Marriott Hotel. The concert and afterglow are sponsored by Friends of the Dearborn Symphony. Season sponsors include Ford Land and Dearborn Sausage Co. Tickets ranging from $15 to $30 in balcony, box and lower level are available by phoning the Symphony at 313-565-2424 or at the theater box office at 313-943-2354. Visit www.dearbornsymphony.org for more information.