Little things made Theresa Gregorowicz unbelievably happy. She liked to shop, especially at thrift stores where she was remarkably good at digging up bargains. She appreciated jewelry. “Good jewelry,” is how she put it. Gold. Silver. Diamonds. None of that “phony costume” stuff.

She was a darn good cook, and often her home was the gathering place for holiday dinners. But what made her happiest was just being with family.

“My mother felt most fulfilled when her family was together, all of us, especially the grandchildren,” said her daughter, Vickie Dymski of Lake Grove, NY. “She just loved to be around all that family.” 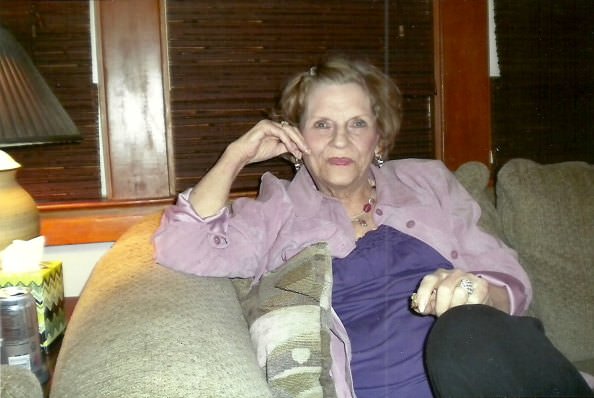 She always cooed about her granddaughters being the most beautiful girls and her grandsons the handsomest boys, said her daughter-in-law, Betsy Gregorowicz of Dearborn.

“She always heaped praise on them,” Betsy Gregorowicz said. “When her grandchildren were little she was famous for whispering into one of their ears that they were her favorite, whispering to them as if it were a secret.”

She whispered whenever one of her grandchildren felt down or discarded, Betsy Gregorowicz remembered. That soothing, reassuring voice often stopped a flow of tears or transformed a frown into a smile. And it was never really a secret, because all the grandchildren knew each of them was her favorite, depending on who she was with at the time.

“She just knew the right thing to say to make them feel special,” Betsy Gregorowicz said.

Theresa Schoenherr Gregorowicz died Monday, April 1, of lung cancer at her Dearborn Heights home, surrounded by many family members. She was 82 and would have celebrated her 60th wedding anniversary on April 27. Her father’s family was part of the same Schoenherrs who farmed large portions of east Detroit after emigrating from Germany in the 1840s and for which Schoenherr Road is named, family said.

Theresa Gregorowicz Nogalski, the youngest of her three children, said her parents’ 60th anniversary most likely would have been a small affair. “Maybe dinner with her husband and then time with family.”

Theresa Schoenherr married Eugene Gregorowicz in 1953, and after living briefly in the Warrendale section of Detroit and Westland they settled in east Dearborn, near Geer Park and a few blocks from where she grew up, on Michels street.

They lived in Dearborn until 1988 before moving to a bungalow on Colonial street in Dearborn Heights, family said. She played baseball at Geer Park and often boasted she threw better than some of the boys. She broke her nose there, missing an errant throw in a pickup game, she remembered. Her children played in the same park and went to the same schools as their mother, Woodworth Junior High and Fordson High.

She worked full-time as her children entered high school, spending the last 25 years with the J.L. Hudson Co., working at the stores in east Dearborn and at Fairlane Town Center.

When she learned she had lung cancer, two days before Easter, she said, “Don’t let anyone cry for me. I’ve had a great life.”
She was preceeded in death by two brothers and a sister. Survivors include sisters Marcella Evans of Garden City and Marion Engelmeyer of Northville; her son, Gregory Gregorowicz of Dearborn, 10 grandchildren, one great-grandchild and several nieces and nephews.

Visitation is Wednesday and Thursday at L.J. Griffin Funeral Home, 7707 N. Middlebelt Rd., Westland. A funeral Mass will be celebrated Friday morning at the funeral home. Her remains will be cremated.