Farmington Hills, MI – Community Choice Credit Union, serving eight counties located in Southeast Michigan, announced that its foundation awarded $100,000 in college scholarships to twenty local high school seniors on Thursday, May 9. The scholars named are from Michigan, will attend a university or college in Michigan and pledge to use their education to give back to their local communities. 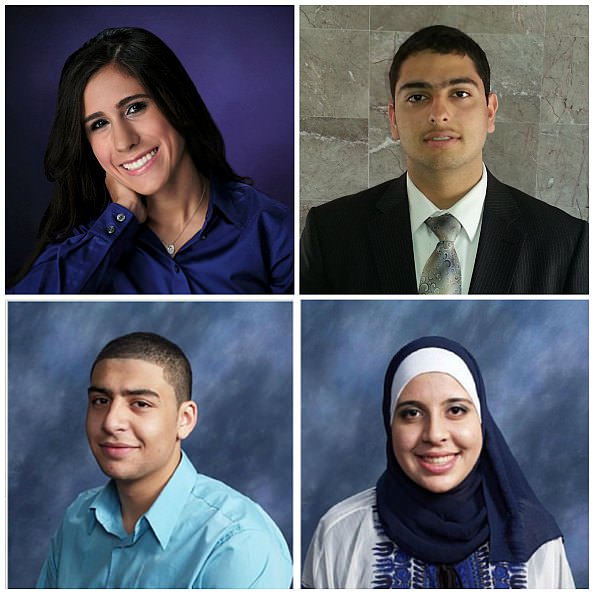 “Five years ago, Community Choice Credit Union launched the Community Choice Foundation. At the time, we were looking for a solution to help stop the brain drain in Michigan,” said Robert Bava, President and CEO of Community Choice Credit Union. “Since 2008, we have helped encourage the best and brightest to stay in Michigan and to utilize their education to Give Big to our communities. With a troubled economy, tough job market, and the rising costs of higher education, Michigan is struggling to keep its best and brightest students. While none of us can single-handedly solve these problems, we believe we can harness the cooperative spirit that our credit union was founded on to make a tremendous difference.”

The Credit Union’s attempt to help solve Michigan’s brain drain coincides with efforts by Gov. Rick Snyder who held an economic summit in March focused on creating jobs and ending the brain drain. Census data reveals that Michigan experienced a 6.17 percent loss of its population with college degrees between 2000 and 2009; the largest drop amongst all 50 states.

“I hope to open up a local clinic where I can serve the under-served healthcare community,” said Dakhlallah. “I believe that the success of our state depends on future generations who are willing to put their time and effort into enriching our society. I am convinced that with hard work and determination, a crucial difference can be made in the state of Michigan.”

The Credit Union saw the biggest response since offering the scholarships with 335 applicants who applied this year. Criteria for selection of the winners included: GPA, volunteer service, a commitment to attend an accredited college in Michigan, a pledge to utilize each individual’s education to give back to Michigan communities, and county of residence.

Credit Union and Foundation Officials were joined by legislators and school officials to celebrate the scholar’s achievements and award them their scholarships. The award ceremony featured keynote speaker Stephanie Bergeron, President and CEO of Walsh College.

“I admire the focus of Community Choice Foundation scholarships: keeping our best and brightest students in Michigan,” said Bergeron. “This pioneering effort to curtail the brain drain and promote Michigan’s success is exactly the right educational initiative.”

“Some time ago we realized the sum of what we could achieve as a Credit Union team would eclipse by far what we could achieve as individuals. Community Choice team members now collectively give back to local communities,” said Bava. “Efforts started out small but we gave as much as we could. With the recession of 2008, the world faced a tremendous challenge and we did our part to ease the pain that many were facing. I’m happy to say that the “Give Big” spirit and philosophy has grown exponentially at Community Choice since that time to create a huge impact in Michigan each year. The Give Big spirit is one of our core values and is evident throughout the year.”

Established in 1935, Community Choice Credit Union offers a wide variety of financial products and services for both consumers and businesses. Any individual who lives, works, or worships in the following counties is eligible to become a member owner of Community Choice Credit Union: Genesee, Lapeer, Livingston, Macomb, Oakland, St. Clair, Washtenaw or Wayne County, Michigan. Since 2008, through the Community Choice Foundation, the Credit Union has invested more than $500,000 and 8,000 volunteer hours into its charitable Give Big efforts throughout Michigan. For more information, visit CommunityChoiceCUFoundation.com