You are here: Home / Buzz / Dearborn Not Obligated to Pay $1.17 Million Judgement

DEARBORN, Michigan –  The City of Dearborn is not obligated to pay $1.17 million resulting from a former 19th District Court employee’s federal lawsuit against Judge Mark Somers, according to a decision issued Friday by U.S. District Judge David M. Lawson. 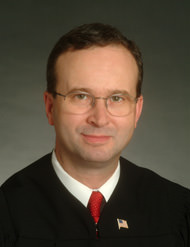 In June 2011, a federal court jury awarded $734,361 in compensatory and punitive damages to former 19th District Court employee Julie Hultgren (formerly Pucci) following her suit against then – Chief Judge Mark Somers of the 19th District Court for violation of her rights under the First Amendment and the Due Process Clause.  With attorney’s fees and interest, the judgment entered against Judge Somers totaled $1,173,125.30.

The City contended that it is not responsible for paying the judgment. The decision on Friday validates the City’s position.

Judge Lawson of the U.S. District Court for the Eastern District of Michigan agreed with the City that the federal court had no jurisdiction to enforce a writ of garnishment served on the City.  His decision Friday grants the City’s motion to quash the garnishment.

The City of Dearborn is the funding agent for the 19th District Court, but Judge Somers is a judicial officer of and an employee of the State of Michigan. For this reason, the State Attorney General’s office defended Judge Somers at trial.

In addition, the jury verdict was against Somers in his personal capacity, not in his official capacity as the chief judge of the district court.

Judge Lawson’s opinion notes that the U.S. Supreme Court has ruled that an award of damages against an individual in his personal capacity can only be executed against the individual’s personal assets.