DEARBORN, MI – The Dearborn Police Department and City of Dearborn honored two Dearborn residents for their honorable actions resulting in the prevention of crime in the city.

Residents Douglas Berry and Ahmed Adam were recognized with Civilian Commendations for their help in apprehending three suspects.  Berry and his son, Patrick, were at the Dearborn Amtrak station on Saturday, Sept. 7, because Patrick, who is autistic, loves trains. Berry saw a man acting suspicious near the back of the police station, and called police. Police arrested the man, who was armed, without further incident. 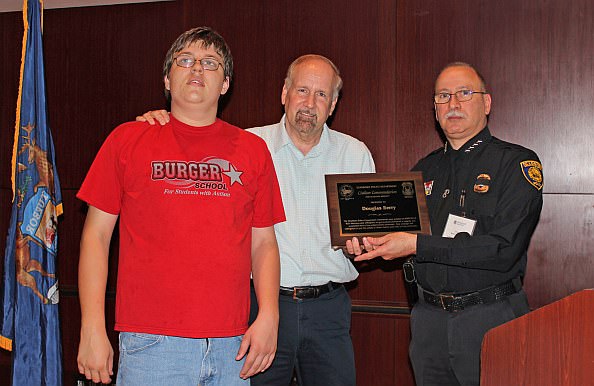 Dearborn resident Douglas Berry and his son, Patrick, with Chief of Police Chief Ronald Haddad. Berry was recognized for his efforts in helping to prevent a crime in Dearborn.

According to Police Chief Ronald Haddad, the suspect intended to shoot at police until he was shot.

Adam witnessed two armed men attempting to rob someone in his Dearborn neighborhood on Saturday, Sept. 7.  He followed the men and called police, who were able to track down and arrest the suspects a short time later. 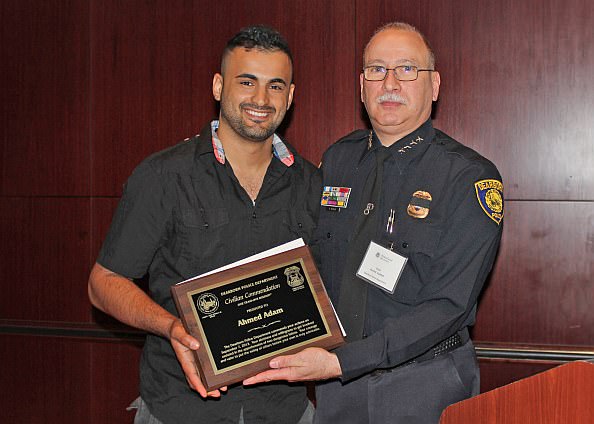 Dearborn resident Ahmed Adam with Chief of Police Ronald Haddad. Adam was
recognized for his efforts in helping to prevent a crime in Dearborn.

“This is a shining example of how citizens make our community better,” Chief of Police Ronald Haddad said. “We have a safer community because of people like you.”

“Dearborn is proud of its crime prevention partnership between residents and police,” added Mayor John B. O’Reilly, Jr. “We thank these citizens for speaking up.”