DEARBORN, Michigan – Dearborn once again has been recognized for its work to foster entrepreneurial growth and economic development in the annual eCities study conducted by researchers at iLabs, University of Michigan – Dearborn’s Center for Innovation Research.

Dearborn was honored as a five-star community, one of just 29 communities across the state. It is the second time for the five-star honor. It also earned a commendable four-star designation in 2010. 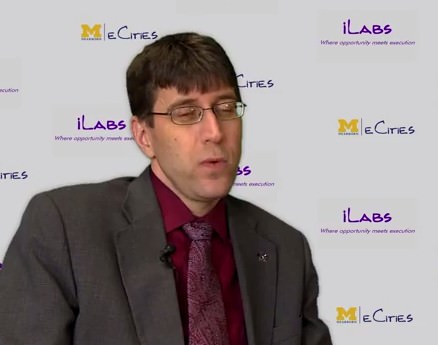 The eCities research surveyed 102 communities from 37 counties in Michigan that are home to 36 percent of Michigan residents and 40 percent of its college graduates. These communities count nearly one-third of the state’s entrepreneurs with more than $3.2 billion in self-employed income as residents.

These communities also had more than $1.8 billion in 2012 commercial construction and account for more than 48 percent of Michigan’s commercial property.

“This annual project makes the university part of the local leader’s toolkit for economic development. We are tackling a statewide concern and analyzing the parts that local leaders can directly impact,” said Tim Davis, director, iLabs.

“Participating communities can identify best practices and methods they can implement to aid in job growth, economic diversification and development of entrepreneurs.”

The communities were honored on November 14 at UM-Dearborn. Support for eCities 2013 is provided in part by the DTE Energy Foundation, Point and Pay, Oakland County Economic Development and Community Affairs and UM-Dearborn’s College of Business.

The annual eCities research project, which began in 2007, uses data supplied by the participants, as well as other public records, to assemble a six-factor, 32-item index of entrepreneurial activity, looking at such factors as clustering, incentives, growth, policies, community and education.

The study focuses on entrepreneurship because of its importance to expansion and diversification of Michigan’s regional economies and the impact small businesses have on job creation. To date, 182 communities across Michigan have participated in the study.