DEARBORN, MI – The Executive Board of the Dearborn Community Arts Council is very pleased to announce the hiring of Ralph Valdez as the organization’s new executive director. Valdez will officially begin his role in January 2014.

With a long history in the arts and nonprofit world, Valdez was described in a 2007 newspaper article as southeast Michigan’s “Cultural Ambassador.”

“I’m extremely excited to support and promote the artists of this community and the good work of the many vibrant, creative and cultural arts groups with which the DCAC assists, connects and networks,” said Ralph Valdez. 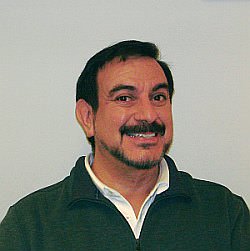 Valdez served as the Curator of Cultural Programming at Dearborn’s Arab American National Museum from 2007-2009, where his roles and responsibilities included that of festival coordinator for the world music diversity festival Concert of Colors. He also worked as the underwriting sales manager and program host and producer at WDET, as well as account executive at WUOM, the two largest public radio stations in the state.

Valdez said he hopes to continue to serve the Metro Detroit arts community through his new role with the DCAC.

“I’m dedicated to our region’s spirit of renewal and revitalization, as well as the untapped creative and vast cultural life of Wayne County and Southeast Michigan,” he said. “I look forward to seeking out opportunities to share, learn and grow with DCAC.”

Valdez will take the place of Executive Director Stella Greene, who will be retiring at the end of 2013 after seven successful years with the DCAC.

The Dearborn Community Arts Council is a non-profit, 501(c)3 umbrella organization that is dedicated to facilitating, encouraging and supporting the arts in our diverse community. Founded in 1969, the DCAC is celebrating 44 years of service to the arts and cultural community of Dearborn and surrounding area.