LANSING, MI – State Representative George T. Darany’s (D-Dearborn) introduced House Resolution 240 in recognition of the 50th anniversary of the assassination of    John F. Kennedy. The resolution was adopted by the Michigan House of Representatives with strong bi-partisan support on November 12. The resolution is being displayed at the Henry Ford in Dearborn from November 18-22 for their JFK Remembered program.

House Resolution 240 recognizes the 50th anniversary of the assassination of John F. Kennedy

“The assassination of John F. Kennedy  was a significant date in American history,” said Darany. “It is only fitting that we honor his memory and the contributions he made to the United States of America.” 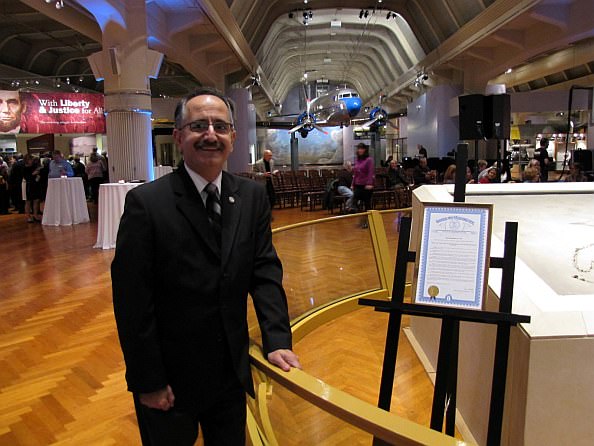 President John F. Kennedy was assassinated while riding in his car in Dallas on November, 22 1963. The resolution commemorates his legacy and commends him for his support and commitment of space exploration, his establishment of the Peace Corps, his work advocating for civil rights, and his leadership during the Cuban missile crisis of 1962. The resolution also recognizes Kennedy for his numerous awards and for his work on programs and legislation that inspired and benefited the country.

“It was an honor to introduce House Resolution 240 and I truly appreciate the support of my colleagues in the Michigan House of Representatives,” Darany said. “Without a doubt, John F. Kennedy was one of America’s most beloved presidents and it is so important that we pause to pay tribute to his life and legacy.”