DETROIT, MI – The Wayne County Commission has approved a Memorandum of Understanding (MOU) that could result in the sale to Rock Ventures of several downtown county properties – including the half-built, failed county jail project — and moving the jail and courts to a closed state correctional facility on Mound Road, in the area east of I-75 and north of Six Mile Road.

Commissioners approved the agreement at their meeting Dec. 5. That afternoon, Commissioners toured the Mound Road facility to begin their own study of the possible use of the site. 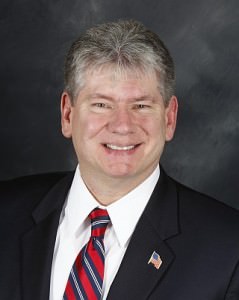 Commissioner Gary Woronchak, D-Dearborn, explained that the MOU gives both the county and Rock Ventures, owned by businessman Dan Gilbert, 180 days to examine whether a deal would work. On the county’s end, that includes working with the state to determine if moving criminal justice operations to Mound Road makes sense and is financially feasible.

Under terms of the agreement, if the county eventually agrees to the Mound Road move, Rock would purchase for $50 million the site of the dormant new jail project at St. Antoine and Gratiot, along with four other county properties downtown: the Frank Murphy Hall of Justice, home to the Circuit Court and Prosecutor’s Office; two existing jails on Clinton Street; and the Juvenile Detention Facility on St. Antoine.

Neither party is bound to the deal outlined in the MOU, but if the county sells the properties to any other party before Dec. 31, 2015, it will reimburse Rock for the company’s expenses incurred during the 180-day inspection period, capped at $500,000.

Commissioners refused to even consider an earlier version of the MOU last month that would have extended the study period to 270 days and reimbursed Rock the $500,000 if the county didn’t sell the properties to Rock for any reason.

“The Memorandum of Understanding formalizes our relationship with Rock Ventures in studying this possible deal, but it also recognizes there are a lot of moving parts involved,” said Woronchak. “Before we could sell the properties and move criminal justice operations out of downtown, we would need a place to put them, and whether Mound Road should be that place is yet to be determined.

“Most important is moving forward in whatever way will recover the most taxpayer money already spent on the jail that was being built before the project fell apart,” added Woronchak, chairman of the Wayne County Commission.

The partially built jail project was halted this summer, two years after ground was broken, in the wake of contractors informing the county that the cost would exceed the planned $300 million cost by up to nearly $100 million.

The county filed a lawsuit against contractors in late October, alleging unauthorized changes in the project were responsible for the ballooned costs.

“Our target must remain creating a modern jail and possibly court facility that saves annual operational costs with efficiencies, while cleaning up the mess and salvaging tax dollars at the stalled project,” Woronchak said. “The Memorandum of Understanding we approved with Rock Ventures is an important step in that process.”