You are here: Home / Community / Police Looking for Suspect in Armed Robbery

Dearborn, MI – On November 8, 2013, Dearborn Police were dispatched to the area of  Bingham Street and Warren Avenue for the report of a woman that was robbed at gun point by three black males in a dark colored sedan or SUV. 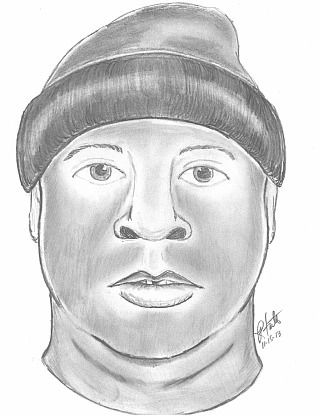 One of the subjects had a firearm, which was described as a long gun and ordered the victim into their vehicle. When she refused, they took her Apple IPhone 5 with pink case and left the area, northbound on Bingham Street.

The victim recognized one of the subjects, as a customer of The Dollar General on Wyoming Street in Dearborn. The victim was able to work with the Dearborn Police Forensic Artist and the attached sketch was completed.

Chief Haddad stated “The police department needs help from the community to solve this crime. If you or someone you know has any information that may assist in identifying the suspects involved in this incident, please call the Dearborn Police Tip Line at 313-943-3012.”

Citizens are reminded they can sign up for crime alerts at www.nixle.com.