DEARBORN, MI — On December 18, 2013 the Dearborn Police arrested 61-year-old Edward Bak of Dearborn for possession of Child Sexually Abusive Material. The arrest was made in conjunction with the Michigan State Police Internet Crimes Against Children Task Force. 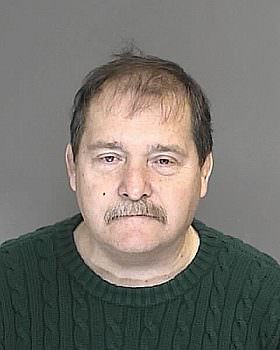 Mr. Bak was arrested on 12 separate charges including Child Sexually Abusive Material – Possession, Child Sexually Abusive Activity – Distributing or Promoting and Use of a Computer to Commit a Crime. He was arraigned by Judge Mark Somers who set a bond at $50,000 or 10% with the following bond conditions: not to possess/purchase any sexually explicit material, no unsupervised contact with minors and no access to the internet. Mr. Bak will face a preliminary exam,  scheduled for Friday, December 27, 2013 at 9:00 AM.

The Michigan State Police Internet Crimes Against Children Task Force is a multijurisdictional Task Force made up of Federal, State and Local Law Enforcement Officials. The Dearborn Police Department has one officer assigned to the Task Force.

Chief Ronald Haddad stated, “With the assistance of our partners on the ICAC Task Force, we will continue to proactively investigate any crime where children are being victimized”.