You are here: Home / Buzz / Man Arrested in Facebook Threat Against Local Church

DEARBORN, MI – On February 9, 2014, Mt. Moriah church, located at 7350 Chase, received information of a Facebook posting from a former parishioner, Kevin Bright. Bright made specific threats in the posting which resulted in the cancellation of Sunday services. Further information was then developed. 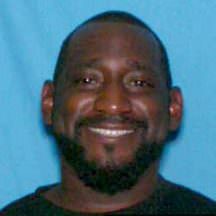 A warrant request was submitted to the Wayne County Prosecutor’s Office who issued charges for False Report or Threat of Terrorism and use of a computer to commit a Crime – both charges are Felonies, carrying a 20-year penalty.

Through a persistent investigation, Bright was located and apprehended without incident by the Dearborn Police Special Operations Unit.

Dearborn Police Chief Ronald Haddad stated, “Let it be clear, the Dearborn Police Department is totally committed to the security of our interfaith community”.