DEARBORN, MI – In the 12 years since Dearborn’s Ford Community and Performing Arts Center opened, more than 900,000 guests, performers and visitors have passed through the Michael A. Guido Theater doors. But it was 400 very special guests who, on February 1, braved the elements during one of the coldest, snowiest winters on record to attend the first-ever “Saturday Night Alive” benefit for the Michael A. Guido Theater. Once snugly indoors, guests were wowed by 200 local performers who filled the stage with music, song and dance.

“The fundraiser was a great success,” reported EmmaJean Woodyard, executive director of the Dearborn Community Fund, which coordinated the event.  “Thanks to guests and sponsors, it generated more than $10,000 for the theater’s Restoration Fund in spite of the winter snow, sleet and ice that marked the day.” 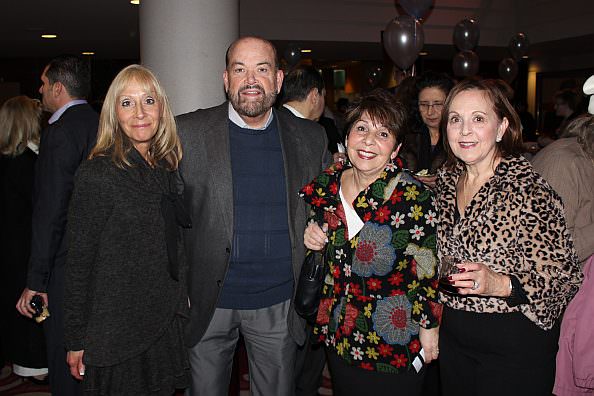 As the winter that has made the term “polar vortex” a household word continued outside, guests enjoyed food tastings and music in the theater lobby, an art raffle in the Padzieski Gallery, and a collage concert performance on the main stage.

The theater has been the setting for nationally known professional touring shows like The Moscow Ballet, Lou Rawls, and the Irish Rovers. It also has become home to community performing groups like the award-winning Dearborn Symphony which performs a five-concert season, Vanguard Voices, the Dearborn Community Chorus and other programs.

The theater also serves as a “classroom” where young people come to learn the craft of acting and gain experience in the art of performance. 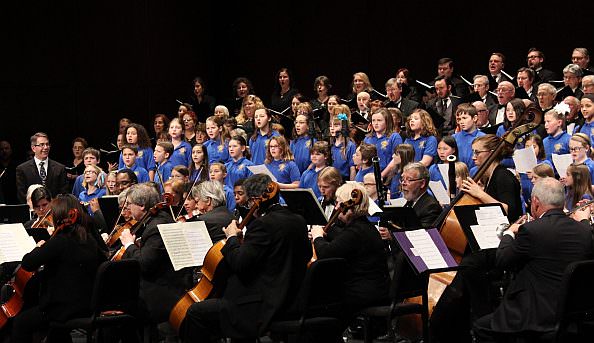 Recounting a brief history of the world class theater, Woodyard said, “The Michael A. Guido Theater is an integral part of the Ford Community & Performing Arts Center which opened in September 2001. It was the dream of then Mayor Michael A. Guido, who believed in the value of the arts as important to community, not only for entertainment value but also as a contributor to community economic development.”

Guido’s vision to refurbish and re-purpose the city’s old Civic Center complex and include a performance space resulted in a facility that continues to offer complete recreational experiences.

“The theater Restoration Fund was established in 2012 to ensure that updates and needed repairs could be addressed in order to maintain the theater as an up to date and desirable venue for community use, professional performances and rental clients,”  Woodyard explained.

“Saturday Night Alive is an example of community collaboration at its best,” Woodyard noted. “Our team was enthusiastic, energetic and generous in their support for the fundraising event.”

In fact, the enthusiasm resulted in an agreement to begin planning for a ‘Saturday Night Alive II.’  Mark your calendars to attend the event on February 7, 2015.

For more information about the Theater Restoration Fund or the nonprofit Dearborn Community Fund, call 313-943-5478 or visit www.dearborncommunityfund.org.