DEARBORN, MI – It is hard to imagine temperatures warm enough to enjoy playing in sprays and sprinkles of water, but in the summer, Dearborn children will find a new splashpad filled with fun aquatic features at Hemlock Park.

The splashpad will include a 20-foot umbrella to provide shade for those not engaged in water play, and six park benches. It will be surrounded by a decorative iron fence. The City hopes for construction to start by early spring, with completion no later than the Fourth of July weekend. It will be open to all. 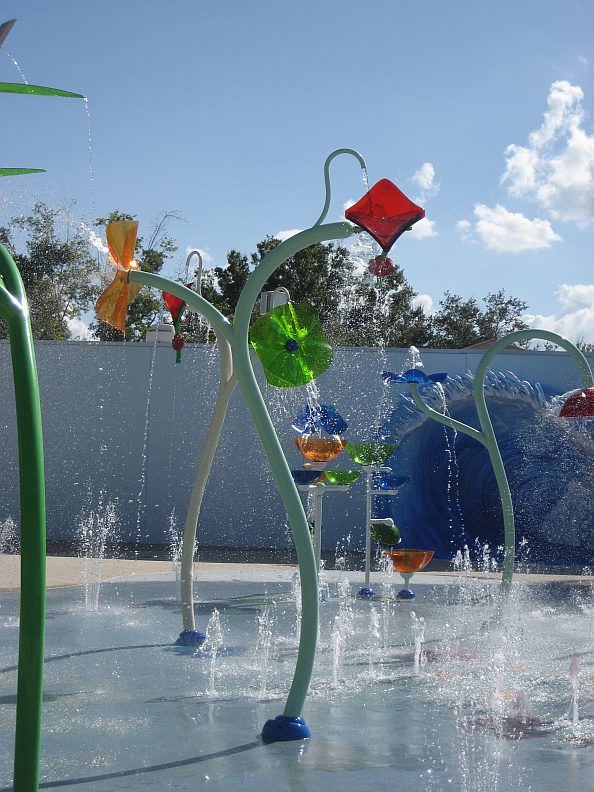 Children will enjoy the fun water features in the new splashpad coming to Hemlock Park this summer. More than 20 colorful and imaginative structures, like the ones illustrated here, will inspire energetic play and keep children cool. (photo by Vortex)

Hemlock was chosen because the park once had a neighborhood pool.

The splashpad will be a state-of-the art aquatic recreation amenity, and the city hopes to add a splashpad in a west Dearborn park in the future.

The Hemlock Park splashpad will be paid for, in part, with $56,000 from Dearborn’s allocation of the Wayne County Parks Millage. It is being provided by Vortex Midwest.

“We’re pleased to add the splashpad to our recreational options, and know that families, especially those with young children, will find it a perfect way to spend a summer afternoon,” said Mayor John B. O’Reilly, Jr.