You are here: Home / Buzz / School Official Charged With Home Invasion and Assault

DEARBORN, MI — Dearborn Police arrested Fady Soueidan, 43, of Dearborn in regards to a home invasion on Hampshire Court on Saturday, March 22, 2014. It is alleged that Soueidan forced his way into a house, stole a phone and assaulted a family member that had a Personal Protection Order against him. 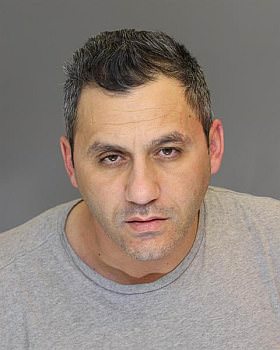 Soueidan is employed as an assistant principal at McCollough-Unis School middle school in Dearborn. He was placed on administrative leave, district spokesman Daniel Mustonen said. The charges do not involve any incidents at school, said Mustonen.

He was arraigned on Tuesday, March 25th, By Magistrate Don Rivard of the 20th District Court in Dearborn Heights and given a preliminary exam date of April 4, 2014 at 9 am with bond in the amount of $100,000.

Chief Ronald Haddad stated, “Citizens have a right to feel safe and secure in their own homes. The Dearborn Police Department will work with all agencies involved to bring resolution to this case”.