You are here: Home / Editorial / Western Ignorance of the ‘Conditions of Omar’

According to the BBC, the Islamic State of Iraq and Syria issued a directive:

citing the Islamic concept of “dhimma”, [which] requires Christians in the city to pay tax of around half an ounce (14g) of pure gold in exchange for their safety. It says Christians must not make renovations to churches, display crosses or other religious symbols outside churches, ring church bells or pray in public. Christians must not carry arms, and must follow other rules imposed by ISIS (also known as ISIL) on their daily lives. The statement said the group had met Christian representatives and offered them three choices—they could convert to Islam, accept ISIS’ conditions, or reject their control and risk being killed. “If they reject, they are subject to being legitimate targets, and nothing will remain between them and ISIS other than the sword,” the statement said.

Because several Western media outlets uncharacteristically reported on this latest atrocity against Syrian Christians, many Westerners are shocked—amazed to hear of such draconian conditions.

In reality, however, these three choices are fully grounded in Islamic teachings, as shall be demonstrated below.

So why is the West, here in the “information age,” utterly if not abhorrently ignorant of the teachings of Islam? Because those responsible for making such knowledge available—specifically academia, media, and government—are more interested in whitewashing Islam and bemoaning Islamophobia (see pgs. 219-249 of Crucified Again: Exposing Islam’s New War on Christians for specifics).

Most symbolic of all this is that right around the same time news that jihadis were subjugating and extorting jizya-money from Syrian Christians appeared, the Saudi-funded Prince Alwaleed bin Talal Center for Christian-Muslim Understanding at Georgetown University, Washington D.C., held a seminar discussing how Islam is misunderstood and being demonized by so-called “Islamophobes.”

I have direct experience of this. Many years ago, as a graduate student at Georgetown University’s Center for Contemporary Arab Studies, my interest in medieval Islamic history, Sharia, and jihad received askance looks from professors—not least because most classes offered were about the evils of colonialism and Orientalism, or Islamic “feminism.”

It was the same when I worked at the African and Middle Eastern Division of the Library of Congress, a governmental institution; there, our conferences regularly focused on the purported achievements of Islamic civilization.

As for the endemic Muslim persecution of Christians—past or present—apparently only an “Islamophobe” would raise that topic up.

Speaking of government, also around the same time jihadis were giving Christians the three classic choices of Islam—conversion, subjugation, or death—a delegation of Syrian Christian clergy came to the Senate Arms Services Committee meeting room to offer testimony concerning the sufferings of Syria’s Christians. Then,

Sen. John McCain marched into the committee room yelling, according to a high-level source that attended the meeting, and quickly stormed out. “He was incredibly rude,” the source told Judicial Watch “because he didn’t think the Syrian church leaders should even be allowed in the room.” Following the shameful tantrum McCain reentered the room and sat briefly but refused to make eye contact with the participants, instead ignoring them by looking down at what appeared to be random papers. The outburst was so embarrassing that Senator Graham, also an advocate of U.S. military intervention in Syria, apologized for McCain’s disturbing outburst. “Graham actually apologized to the group for McCain’s behavior,” according to the source, who sat through the entire meeting. “It was truly unbelievable.”

Less dramatically but equally revealing, CIA chief John Brennan recently declared that the ideology of those offering Christians three choices is “a perverse and very corrupt interpretation of the Koran,” one that has “hijacked” Islam and “really distorted the teachings of Muhammad.”

And if the attempts to suppress the reality of Christian suffering under Islam by academia, media, and government were not enough, months and years back, when the plight of Syria’s Christians was becoming known, even random (but supposedly nonbiased and independent) think tanks and writers also tried to suppress it.

Is it any wonder, then, that Christians in Syria being offered three choices—Islam, subjugation, or death—is mindboggling to the average person in the West, appearing as a wild aberration?

The Conditions of Omar 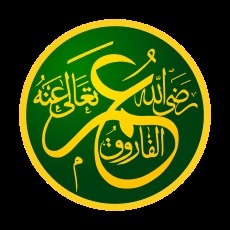 Yet knowledge of the particulars of Islam’s three-fold choice has been available for centuries; early Western peoples were much acquainted with it, including the now much maligned “Orientalists.”

Whereas Koran 9:29 provides divine sanction to fight the “People of the Book” (namely, Christians and Jews) “until they pay the jizya with willing submission and feel themselves subdued,” the lesser knownConditions of Omar (also known as the Pact of Omar) lays out in detail how they are to feel themselves subdued.

Named after the second caliph, Omar bin al-Khattab (r. 634 to 644), the Conditions was purportedly agreed upon between the caliph and a community of Christians conquered by invading Muslims, ironically in the region of Syria. It has since been referenced in most major works on the treatment of dhimmis—non-Muslims living under Islamic authority.

There are different versions of the text of the Conditions, varying only slightly. Excerpts from one of the most authoritative versions follow (see Crucified Again for my complete translation). As in most versions, the conquered Christians appear to be speaking and agree:

Not to build a church in our city—nor a monastery, convent, or monk’s cell in the surrounding areas—and not to repair those that fall in ruins or are in Muslim quarters;

Not to clang our cymbals except lightly and from the innermost recesses of our churches;

Not to display a cross on them [churches], nor raise our voices during prayer or readings in our churches anywhere near Muslims;

Not to produce a cross or [Christian] book in the markets of the Muslims;

Not to congregate in the open for Easter or Palm Sunday, nor lift our voices [in lamentation] for our dead nor show our firelights with them near the market places of the Muslims;

Not to display any signs of polytheism, nor make our religion appealing, nor call or proselytize anyone to it;

Not to prevent any of our relatives who wish to enter into Islam;

Not to possess or bear any arms whatsoever, nor gird ourselves with swords;

To honor the Muslims, show them the way, and rise up from our seats if they wish to sit down;

We guarantee all this to you upon ourselves, our descendants, our spouses, and our neighbors, and if we change or contradict these conditions imposed upon ourselves in order to receive safety, we forfeit our dhimma [covenant], and we become liable to the same treatment you inflict upon the people who resist and cause sedition.

Far from being merely a historical or theoretical text, the Conditions are very much on the minds of some Muslims. Aside from the new reports that jihadis are enforcing theConditions—and to a tee—on the Christians of Raqqa, Syria, consider the following words of Saudi Sheikh Marzouk Salem al-Ghamdi, spoken once during aFriday mosque sermon:

If the infidels live among the Muslims, in accordance with the conditions set out by the Prophet—there is nothing wrong with it provided they pay Jizya to the Islamic treasury. Other conditions are . . . that they do not renovate a church or a monastery, do not rebuild ones that were destroyed, that they feed for three days any Muslim who passes by their homes . . . that they rise when a Muslim wishes to sit, that they do not imitate Muslims in dress and speech, nor ride horses, nor own swords, nor arm themselves with any kind of weapon; that they do not sell wine, do not show the cross, do not ring church bells, do not raise their voices during prayer, that they shave their hair in front so as to make them easily identifiable, do not incite anyone against the Muslims, and do not strike a Muslim. . . . If they violate these conditions, they have no protection.

From here, one can understand why all around the Islamic world Christians are under attack—their churches bombed, burned, or simply denied permits to exist or renovate, and their Bibles, crosses, and other symbols of “polytheism” confiscated and/or destroyed; why Christians who openly speak of Christianity are accused of proselytizing or blaspheming—both which can lead to execution; and why Christians are being forced to pay tribute or else convert to Islam or die.

Just the other day in Pakistan, Christians “began the construction of a church on land donated by the Christian Akber Masih, a resident in the area. They built the walls of the building and placed a cross in front of the main gate of the small construction yard.” But “when a large group of Islamic extremists saw the Christian symbol they arrived unexpectedly with bulldozers and started demolishing the building.” Although the Christians notified police and authorities, “the perpetrators were not arrested.” As for the aggrieved Christians, they “have received threats and have to abandon the idea of the project to build a church.”

Thanks to Western intervention in the colonial era, the Conditions largely disappeared—not least because Muslim leaders and elites were themselves westernizing. But today, as Muslims turn back to their Islamic heritage and its teachings—not least because Western leaders and elites are urging them to, in the name of multiculturalism if not moral relativism, the Conditions are returning; and woe to the Christian minority who dares break them by exercising religious freedom—what I call the “How Dare You?!” phenomenon, which is responsible for the overwhelming majority of Islamic attacks on non-Muslims.

Even so, thanks to the “progressive” dissembling of academia, media, and government—the supposed guardians and disseminators of truth and knowledge—such simple facts about Islam remain a great mystery in the West, to our own detriment.