DEARBORN, Michigan – John Dingell, Congressmen for the 12th District of Michigan, has announced he will not run for reelection in the incoming term. Ray Mullins, a democrat from Ypsilanti is “tossing his hat in the ring” for the open seat. 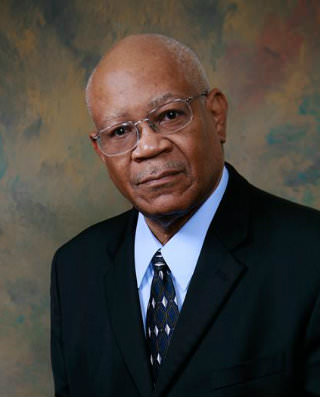 Dingell has been a member of the Congress since 1955, and has also been the Dean of the House of Representatives. With Dingell retiring, the position for 12 District Congressman, which he held for nearly 60 years, is ready to be filled. Ready to keep the Dingell name alive in Congress, Dingell’s wife, Debbie Dingell, has announced that she will run for her husband’s seat.

The two married in 1981, and Debbie has been involved in a large variety of charities and programs in Michigan and the nation’s capital. Most recently, she has served on Wayne State Universities board of Governors since 2006. She will face competition from Ray Mullins, an attorney from Ypsilanti Michigan. Mullins has been attorney for 40 years and has also been a lifelong member of the NAACP.  He seeks the Democratic nomination in the primary election.

On his choice to run in the race, Mullins said the purpose of his campaign was to “increase educational opportunities for all Americans”. Once in office, he will advocate for better opportunities for disadvantaged students, higher pay and benefits for teachers, more comprehensive education on mental and physical health,  and more chances for higher education as well. “Accordingly, the more education we have regarding every aspect of our lives, the greater we will have to successfully meet the many challenges of life and enjoy life”, he said in his press release.

Mullins also said he will work for a better criminal system that treats those who commit crimes with fairness and equality. The candidate said he is “very concerned by the long standing disproportionately high incarceration of African Americans” and also the high murder rate and low academic standing of young African Americans as well. Mullins will advocate for a better attitude among Michiganders as well as a better use of money regarding crime and education issues.

Mullins claims he will “support all programs that result in more jobs for Michiganders and he will work for openness, honesty and accountability at all levels of government.”

The primary election will be held on August 14th, 2014. Before then though, the race is still in infancy and is still a tossup between the two accomplished candidates. Time will tell if either Debbie Dingell or Ray Mullins are up to inheriting John Dingell’s incredible legacy in Congress. At least in the eyes of the district’s voters.