You are here: Home / Community / Another Bank Robbery Monday at PNC Bank near Kroger

DEARBORN, Michigan – Dearborn Police are investigating a bank robbery which occurred today at about 1:00pm at the PNC Bank located on Michigan Avenue near Outer Drive. A white female approached a teller and passed a note which demanded money. A gun was not seen but she implied that she had a black male partner waiting outside who was armed with a gun. 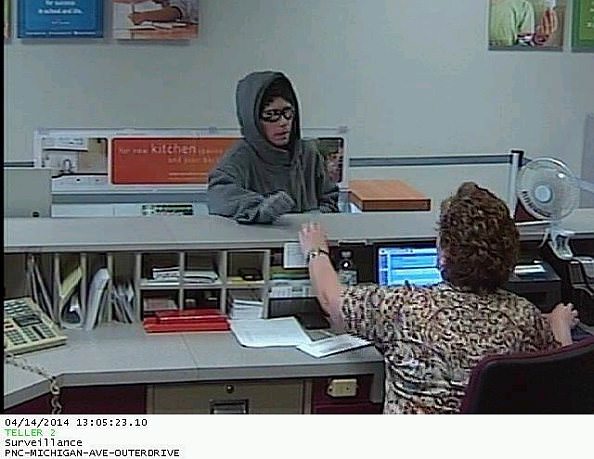 The female suspect is  described as 25-35 years old, 5′ 5″ tall, 120 lbs. wearing a gray hoodie, gray gloves, acid-washed blue jeans and white shoes. The presence of a second suspect has not been confirmed.

After obtaining an undetermined amount of cash, the suspect left the bank and fled in an unknown direction. The suspect is believed to have been involved in other bank robberies in the area and should be considered armed and dangerous. Dearborn Chief of Police Ronald Haddad stated: “We know we can count on the public’s help in identifying this suspect. This sort of brazen robbery will result in all resources of the Dearborn Police Department and our partners being mobilized to identify and arrest the perpetrator.”

This robbery follows closely after an armed bank robbery at the Charter One Bank across the street from the police station, last week.