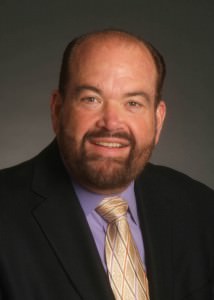 The new authority replaces the existing METRO Authority, which has been responsible for coordinating access to public rights-of-way and the payment of  maintenance fees by telecommunications providers to municipalities since 2002.

In addition to the METRO Authority functions, the new authority will be responsible for distributing personal property tax replacement revenue to municipalities throughout the state according to specific statutory formulas. The authority was created when Proposal 1 passed in August.

“This council will help local communities ensure continued economic growth while maintaining local government services. I thank these appointees for their willingness to serve,” Snyder said.

Mayor O’Reilly was first elected Mayor in 2007, and previously had served 17 years on the City Council as president.

He is on the board of directors of the Michigan Municipal League and is chair of the Downriver Community Conference. O’Reilly participates in the United States Conference of Mayors, Southeast Michigan Council of Governments, Urban Core Mayors, the M-TEC Training Alliance Board, and the Wayne County Transit Authority.

He served as the executive director of the Southeast Michigan Community Alliance. O’Reilly earned an associate degree from Oakland University and bachelor’ and law degrees from the University of Detroit. He will serve a term expiring Sept. 3, 2016.

After the expiration of initial appointments, members will serve six-year terms that are not subject to the advice and consent of the Senate.