DEARBORN, Michigan — Scotty McCreery, winner of “American Idol” Season 10 and rising country star, will perform Saturday, September 13, at the Michael A. Guido Theater inside the Ford Community and Performing Arts Center in Dearborn.

McCreery shot to stardom within months of taking top honors on  “American Idol” when his first album, “Clear as Day,” ascended to the top of the Billboard charts, and eventually became the best-selling solo album released by a country artist for that year. He also won the ACM “Best New Artist Award” after quickly rising to #1 on the Billboard 200 pushing him above Adele who had held #1 on the charts for quite some time. 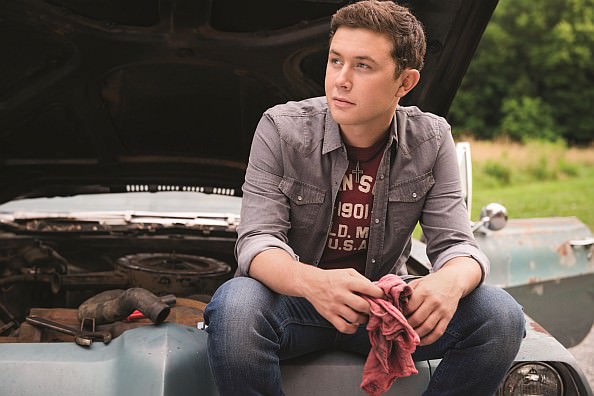 As McCreery’s fans have discovered, there is nothing quite like a North Carolina summer.. and summer is never really over, as long as you’re still “Feelin It”

During his whirlwind explosion on to the country music scene, McCreery performed for President Obama, sang the National Anthem at the World Series, appeared in the Macy’s Thanksgiving Day Parade and performed from coast to coast. His signature hits include “I Love You This Big,” “The Trouble with Girls,” “See You Tonight,” “Feelin’ It,” “Water Tower Town,” “Carolina Moon” and “I Don’t Want to be Your Friend.”

Tickets are on sale now at the Michael A. Guido Theater website, for the Saturday evening concert.

In between music tours McCreery is majoring in communications at North Carolina University. It’s where he recorded his hit single, “See You Tonight” (See video below – over 10 million views on YouTube).

There’s a lot of things that ‘make you feel real good’ about 20 year old McCreery’s music – who grew up in Garner, North Carolina. Several of his songs describe the peaceful beauty of small town life in America. For instance, Water Tower Town (video) describes “the good life” – a life forgotten by many Americans. Water Tower Town is the place a lot of folks wish they could live – if they could find their way back home.   In a Water Tower Town everybody waves, knows each-other and says hello; churches are the only places open on Sunday;   nobody eats till you say Amen;  everyone cheers for the home team at Friday night football; everybody knows your mom; Ford pickup trucks ain’t for looks, they’re made for work; the fireflies come out, and the sun goes down;

Something More describes McCreery’s yearning for more substance in his country music. “I grew up with the older-style country, so you hear the more heartfelt things, whether it was somebody hurting or dying. These are songs that had a deep meaning to them and are more than just riding around in a truck and falling in love with a hot girl. I enjoy listening to something that has a deep meaning to it.”