You are here: Home / Community / Suspect Majid Abdofara Arrested For Larceny in Dearborn

DEARBORN, Michigan — On September 5th, Majid Amin Abdofara, a 20 year-old Dearborn resident, was arraigned on Larceny Charges in before 19th District Court Judge Mark Somers after being arrested on September 4th at 12:56am in the area of Jonathan and Haggerty. Dearborn police responded after several alert neighbors reported seeing Abdofara steal two center caps from a Cadillac Escalade parked on Jonathan. 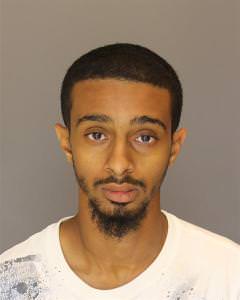 Abdofara was taken into custody after hiding the center caps in some nearby bushes. At the time he was arrested, Abdofara was also wanted on a felony warrant for probation violation stemming from a January 3, 2013 arrest for Receiving and Concealing Stolen Property over $20,000.00. In that case, Abodfara was arrested for being in the possession of two stolen vehicles, a 2013 Ford Raptor and a 2013 Ford F-150.

Chief Haddad stated: “Thanks to the vigilance of several responsible neighbors, a repeat, local offender has been held accountable for his actions. The whole community’s sense of security is jeopardized when our own residents commit crimes against their neighbors. It is this kind of cooperation among police and residents that is responsible for lowering the number of thefts in our neighborhoods. Mr. Abdofara will also have to face the consequences of violating his parole with the 3rd Circuit Court.”