DEARBORN, Michigan — Elections 2014: Money and politics are a couple of the hot issues swirling around with upcoming elections in November. How money affects politics and where the money goes. Who benefits from the money and who is doing the funding are questions that will be discussed at the September 23rd meeting. 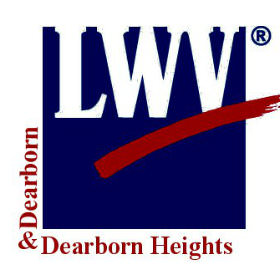 In that regard, the League of Women Voters Dearborn/ Dearborn Heights, in association with University of Michigan- Dearborn Political Science department and Henry Ford College Democracy Institute will be celebrating National Voter Registration Day with an event called “Elections 2014: Money, Politics and Your Vote.”

This event will feature a talk by Rich Robinson of the Michigan Campaign Finance Network (MCFN). The latter is “a nonpartisan, nonprofit coalition of organizations and individuals concerned about the influence of money in politics and the need for campaign finance reform in Michigan” (mcfn.org). It also conducts research to find the relation between campaign money and election results, as well as issues of public policy. Rich Robinson has been the executive director of MCFN since 2001, with a long career of working in the nonprofit sector beforehand. His commentaries have also appeared in numerous magazines and newspapers.

In way of preparing for the November 4 elections, the League of Women Voters will explain how to access the League’s nonpartisan candidate information as well as a brief explanation of the two state-wide ballot proposals on wolf hunting. Voter registration will also be available for those who need it. The event will take place at University of Michigan- Dearborn in Kochoff Hall in the University Center at 6:30 pm on September 23, with visitor parking available on the north side of the campus.

The League of Women Voters is a national nonpartisan organization, which encourages the active and informed participation of citizens in government through education and advocacy. The League does not support or oppose political parties or candidates. Membership is open to all US citizens, 18 or older.