Specially-selected by library staff for their laughter-inducing, endearing qualities, the films showcase Williams’ versatility and talent as a much beloved actor. Mr. Williams passed away on August 11, 2014 at the age of 63. 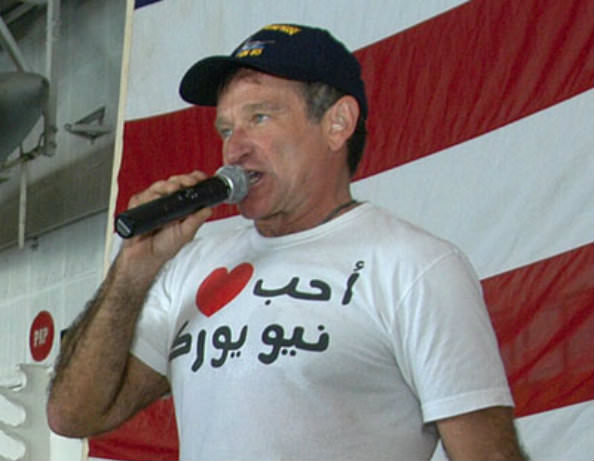 The first film of the day will be Disney’s animated classic, “Aladdin,” in which Robin Williams is the iconic voice of Genie. It begins at 10 a.m. “Aladdin” is rated G with a runtime of 90 minutes.

Next on the program is “Jumanji” screening at 1 p.m. This well-loved fantasy adventure film features Williams as the long lost Allan Parrish who is released from a magical board game after having been trapped there for decades. Hilarious problems ensue when all the tropical terrors, like giant spiders and man-eating plants, follow Alan out of the game and into the real world. “Jumanji” is rated PG with a runtime of 105 minutes.

The final film of the day is “Mrs. Doubtfire,” which screens at 3:15 p.m. This comedy film, which Williams also co-produced, features the actor as a divorced dad who disguises himself as a female housekeeper in order to spend more time with his kids. This funny and heart-warming film is 67th movies of the 20th rated PG-13 with a runtime of 125 minutes.

For more information about this or other programs at Dearborn Public Library, please call 313-943-2330, or visit the library webpage at www.dearbornlibrary.org.