You are here: Home / Business / Detroit Tigers’ Photo To Be Auctioned at Sabeel Event, Oct.10

DEARBORN, Michigan – The Detroit Tigers have donated an autographed photo of their 2009 Rookie of the Year, right-handed pitcher Rick Porcello, for auction at the Sabeel Media – Evening of BIG Dreams fundraising gala, to be held on Friday, October 10, at the Ford Conference and Event Center in Dearborn. The autographed photo of Rick Porcello, authenticated with an official Major League Baseball hologram, will be featured as part of the gala’s silent auction.

The doors will open at 6:30 pm, and the gala will begin at 7:00 pm. A sumptuous buffet dinner and dessert will be served. Live music will be another highlight of the event.

The evening will also feature the world premiere screening of  a new film entitled: “Laila and Georgia” 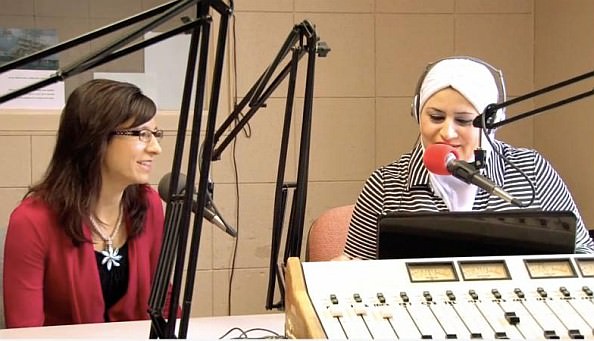 A scene from the new film “Laila and Georgia” (left to right: Georgia and Laila)

Stephen Coats, filmaker and director of  Sabeel Media, a non-profit 501 (c) (3) media company based in Dearborn explained the background of the BIG Dreams event:  “One of those BIG Dreams is to produce a series of short videos covering the scope of trauma healing issues for those in war torn countries who have experienced trauma and upheaval. This would be coupled with educational materials to be used by relief workers who will use the materials to minister in practical ways for those in need. These videos and supporting materials will be produced in the native languages of those in need.  Another BIG Dream is to increase our capacity and engagement in teaching and training visual media storytellers from around the globe so that they may become effective, powerful broadcasters of life-giving messages in diverse languages! And yet another BIG Dream is to greatly expand our “Intersection of Faith and Culture” series, including the addition of a television program and educational/training curriculum – a concept which will bring viewers to create those Intersections of Faith and Culture in their own lives and communities, setting the stage for generations of healing and bridge building relationships. Many other visionary BIG Dreams are on our hearts and minds.”

Sabeel Media creates original, spiritual, culturally relevant, compelling media programs, and distributes them all FREE to our international audiences around the globe, utilizing the power of the internet. Sabeel Media has produced and provides over 500 media programs including cultural documentaries, audio dramas, video vignettes, poetry, music, and promos over the past seven years.

Tickets for the BIG Dreams fundraising gala are $60 per person. The event will be held on Friday, Oct 10. For information on reservations, sponsorship opportunities, or advertising, contact Stephen Coats at 313-445.7716.