The Baadani brothers were at their home in the 5000 block of Jonathan Street, near Michigan Avenue, in Dearborn when they heard an explosion on Sept. 24. 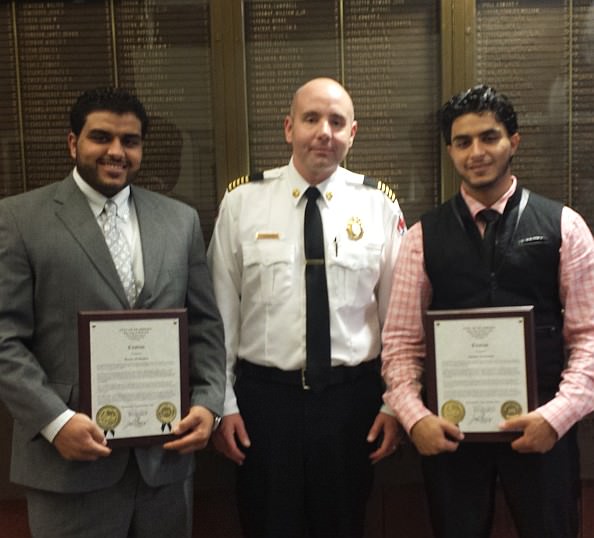 Nearby, a 77-year-old man had entered a late family member’s home to do some work, and natural gas that had leaked into the house apparently ignited. The blast knocked most of the windows out of the home and blew a door across the street.

The brothers encountered the man outside the house with his clothes still on fire. They helped him to the ground and used their own clothes to tamp out the flames, Chief Murray said.

They stayed with the injured man and tried to keep him calm until paramedics arrived.  “In my opinion, these two gentlemen saved the life of the victim on that day,” Murray stated.

Fire officials know the gas leaked from a line to the stove, but do not know what sparked the explosion. The stove line did not meet current building codes, according to Murray.

The Baadani brothers told fire marshals they knew what to do in the incident because of fire safety training they received in school.

“We are proud of those two gentlemen for what they did, and our thoughts and prayers go out to the family of the victim for his speedy recovery,” Murray said.