DEARBORN, MI – On Monday, May 16, 2016, The Henry Ford will host New York Times bestselling authors, former Secret Service agent Clint Hill and co-author Lisa McCubbin to discuss their new book, “Five Presidents- My Extraordinary Journey with Eisenhower, Kennedy, Johnson, Nixon, and Ford.” Guests will hear the fascinating firsthand accounts of Mr. Hill’s 17 year career protecting the highest office in the nation. Tickets for the lecture are now on sale and can be purchased by visiting TheHenryFord.org or by calling 313-982-6001. 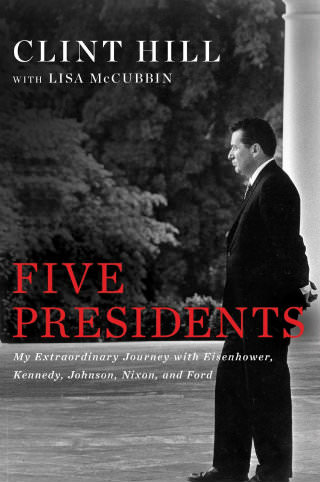 Tickets for An Evening with Former Secret Service Agent Clint Hill start at $75 and include a pre-signed copy of “Five Presidents- My Extraordinary Journey with Eisenhower, Kennedy, Johnson, Nixon and Ford.” VIP tickets are $150 and also include a 5:30 pm reception and reserved seating. Members receive discount pricing on general admission seating. Doors open at 6 pm for general admission with opening remarks at 7 pm.

Clint Hill will forever be remembered as the courageous Secret Service Agent who leapt onto the back of the presidential limousine in the midst of the assassination of President John F. Kennedy in Dallas, on November 22, 1963. His primary responsibility was the protection of First Lady Jacqueline Kennedy, and for his actions that day, Hill received the nation’s highest civilian award for bravery. Hill rose through the ranks of the Secret Service to become the Assistant Director, responsible for all protective forces, having served five administrations—Eisenhower, Kennedy, Johnson, Nixon and Ford. He remains in contact with the current U.S. Secret Service and is actively involved in training activities at the Federal Law Enforcement Training Center.

Mr. Hill’s co-author Lisa McCubbin is an award-winning journalist who has been a television news anchor and reporter for NBC, ABC, and CBS; hosted her own talk radio show; and spent more than five years in the Middle East as a freelance writer. McCubbin has collaborated with Clint Hill to write “Mrs. Kennedy and Me,” a memoir of the four years he spent with Jacqueline Kennedy and “Five Days in November,” the riveting moment-by-moment account of the days surrounding the assassination, alongside 170 remarkable photographs.

About The Henry Ford