You are here: Home / Editorial / Investing in Mental Health

EDITORIAL – Soon after Governor Snyder’s 2016-17 budget was introduced, many of my constituents contacted my office to express their concerns about contentious boilerplate language in section 298, and to discuss the many negative consequences that would arise as a result. Thankfully, we no longer have to worry about Boilerplate 298, as the language has since been redacted; however, this issue reflects a troubling pattern that I have seen in Lansing throughout my time in office. For the past decade, mental health care has not been treated as a legislative priority, which means we have neglected the approximately 348,000 adults and 112,000 children in Michigan living with serious mental health conditions. 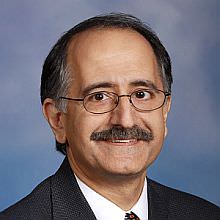 In the current system, public mental health entities provide specialty services not offered by traditional Medicaid Health Plans (MHP). These services include case management, community inclusion, employment, housing, jail services, and transportation. The recent proposal aimed to transfer state funding for Medicaid behavioral health services from public plans – or Prepaid Inpatient Health Plans – to for-profit MHPs. Many healthcare professionals argue that MHPs have higher administrative costs and allocate less to community services that directly benefit patients. Changing the current system could threaten to disrupt existing relationships between patients and their doctors, as most MHPs mandate that patients can only receive care from health care providers that are listed in the plan or network.

When the Healthy Michigan Plan was enacted in 2013, the Legislature re-directed general fund dollars away from healthcare providers, assuming that the federal government would pick up the slack. When this did not occur, county public health providers were forced to cut down on services offered to families who are covered by neither Medicaid nor commercial insurance. A few of these valuable services include reintegration services, education and awareness efforts, residential services, and case management. A recent report from The National Association for Mental Illness singles out this policy as one of the most damaging hits to mental health funding in the country.

This issue hits close to home for me. I have seen the weight of mental illness physically consume friends and family members. Therefore, I see no reason why mental and behavioral health services should take a backseat to physical conditions in our healthcare system.
Furthermore, it is time for us to start talking about the connection between mental health and addiction. Addictive substances make chemical changes to the brain, with many of the same side effects as mental illness. The United States Department of Health and Human Services recently awarded $3.4 million in additional federal funding to battle opioid addiction in Michigan. Over the past year, the number of deaths caused by a drug-overdose rose by 14% in Michigan, resulting in over 1,700 deaths. Numerous communities have suffered from increased use of heroin and misuse of prescription drugs, including my own. The number of drug-related arrests in Dearborn has doubled since 2011, a quarter of which involved prescription painkillers; in 2015, the Dearborn Police Department responded to nearly 250 drug overdoses.

It saddens me to see my hometown of Dearborn lose so many individuals due to the lack of preventative action. It is crucial that we work together to combat the stigma that accompanies substance abuse, addiction, and mental illness so that affected individuals can receive the help they need. I will continue to advocate for preventative measures and school-based mental health services, renewed funding for direct services in the community and increased collaboration between inpatient and outpatient mental health care.

State Representative George Darany is serving his third term in the Michigan House of Representatives. He represents the 15th House District, which covers most of the city of Dearborn. He serves on three House committees: Agriculture, Health Policy (minority vice chairman) and Regulatory Reform.