DEARBORN, MI. – Judge William Hultgren is set to retire at the end of the year leaving an open seat for Dearborn District Court Judge. Three candidates have announced they are campaigning to fill this open seat at the courthouse: Abbie Bazzi, Susan Dabaja,  and Gene Hunt. 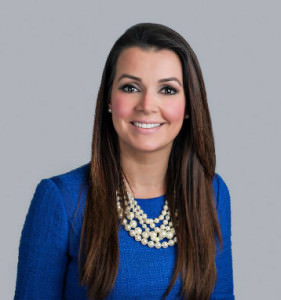 Dabaja has 11 years of courtroom experience at district, circuit and appellate courts across the state of Michigan. She is a graduate of the University of Michigan-Dearborn and the University of Detroit Mercy – School of Law where she graduated first in her class and served as Symposium Editor of the Law Review. 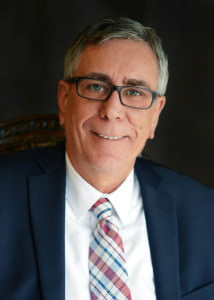 Gene Hunt  grew up in Dearborn, and attended William Ford, Woolworth schools Fordson, Henry Ford Community College and the University of Michigan—Dearborn. Hunt attended Wayne State University Law School. Since then, Hunt has been an attorney for 31 years, handling over 10,000 cases (more cases handled than any other attorney in Dearborn court history) in the Dearborn District Court.

“I watch Susan work tirelessly everyday advocating on our behalf. I am confident that Susan will do a fine job as our next judge,” said Larry Johnson, a Dearborn resident.

Dabaja  co-chairs the Dearborn Education Foundation, serves as treasurer of the Dearborn Bar Association and is an active member/volunteer in the Dearborn Rotary, Dearborn Historical Museum, and Dearborn Goodfellows.

“Susan gives 100% commitment to any task she takes on. Susan is an ethical practitioner, a proven leader with an extensive legal background, making her an ideal candidate for Judge,” says Dearborn attorney and 19th District Court Magistrate, Helal Farhat.

Both candidates are passionate about their careers as well as their families. Susan and her husband Majid have three children: Claudia (16), Joël (12) and Adam (9).

The Hunts have two daughters and three grandchildren. Gene Hunt and his wife Carol have been married for 33 years. Carol Hunt is a third-generation Dearbornite. Her grandfather, Andrew Cain, was the first Dearborn police officer killed in the line of duty.

“We live in uncertain times. There’s a growing perception that there are two different forms of justice – one for the wealthy and powerful and one for the rest of us,” Hunt said. “I am running for district judge to bring a steady hand to the Dearborn District Court, to use my 31-years of experience to protect the constitutional rights of all of our citizens and guarantee equal access to justice. I am a son of Dearborn through and through. If Dearborn had a law school, I would have attended it. The only time I didn’t live in Dearborn was during the mid 1970s when I joined the United States Marine Corp. After my service to our country I immediately moved back to Dearborn,” Hunt said.

Susan Dabaja remarked: “As an experienced courtroom attorney and devoted public servant, I will apply the same commitment that I do on City Council and be a positive force in serving our residents as Judge at the 19th District Court.”

Alongside  Susan Dabaja and Gene Hunt, a third candidate, Abbie Bazzi also announced her candidacy back in January. Bazzi is a graduate at Wayne State University where she later received a law degree from its subsidiary, Wayne State Law School. Bazzi continues to be a managing attorney for the cities of Livonia and Wayne for twenty plus years. She worked for the UAW Ford Legal Services for seventeen of the two decades. Before she became a managing attorney, she worked as a criminal attorney for the UAW Ford Legal Services also.

Bazzi  and her husband raised four children and have lived in Dearborn for 44 years.

“Throughout my career, I have always made sure to be totally committed to any assignment I had,” Bazzi said. “Working with UAW members for many years provided me with a great legal experience,” she said. “My children are older now and I feel this is the right time for me to devote more time for public service.”