You are here: Home / Community / Bathroom Gender War in Dearborn Smells Like An Animal Farm

DEARBORN, MI – (EDITORIAL) – The national debate about gender identity overflowed into Dearborn, Michigan yesterday like a broken toilet at a Target store. Angry parents were fuming about the bathroom decree and threatened to boycott Dearborn Public Schools starting Monday morning after the Obama administration  issued an edict telling every public school district in the country to allow transgender students to use the bathrooms that match their gender identity. 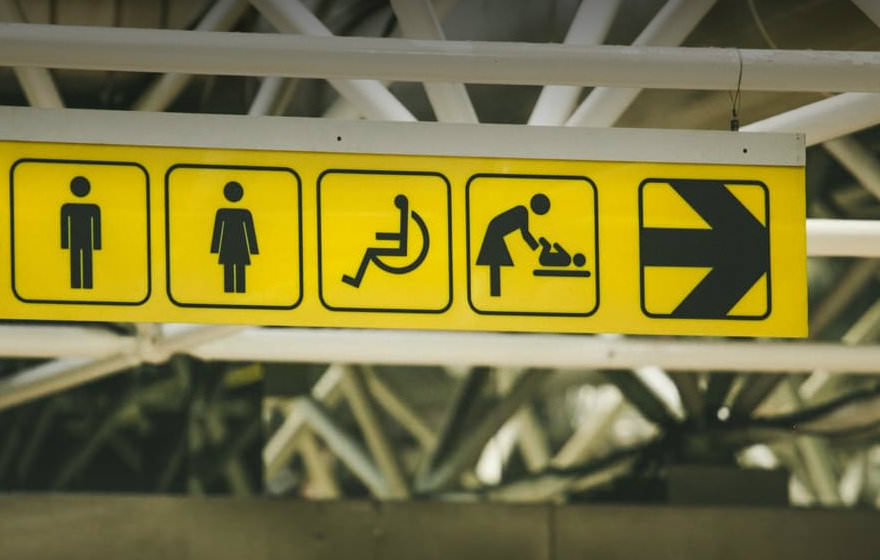 “All people are equal, but some people are more equal than others,” said Dr. Arnold Dimwit, head of the U.S. Department of Education, Manufacturing and Agriculture. “That’s why we make the rules for our factories, farms, and schools. Things need to be fair and equitable for everyone. Schools should be just like our factories and farms. No chicken should be treated any differently than any other chicken. Everyone should be treated equally – with no discrimination.”

The Obama Bathroom Edict ruffled a lot of feathers in North Carolina, Kentucky, and Texas (actually 13 states in the USA disagree with the Obama Bathroom Edict) — but was viewed as a major victory by transgender advocates, LGBTQ activists, GDRS enthusiasts, and otherkins. (An otherkin is an animal-person who feels they were born into the wrong body. Not just with the wrong sexual parts, but as the wrong species: people who identify as otherkin believe that they are wolves, or elves, or really any kind of being, born into a human body.)

“The only good politician is a dead one!” cackled George Orwell Hubbard, great-nephew of the Dearborn’s most famous mayor, Orville Hubbard.

“I’ve lived in Dearborn and Dearborn Heights, my whole life, but I’ve never seen anything this ridiculous.” said Charles Dickens .”This whole things smells worse than when my toilets overflowed during the flood of 2014.  I met Bruce Jenner, back in 1976 — before the Olympics. He was a great athlete. I’m not sure what went wrong… I feel sorry for him… Not knowing how he lost himself, or how he recovered himself, he may never feel certain of not losing himself again.”

“We were forced to swim nude at Edsel Ford when I was in high school” said Scott Dikkers “I don’t think Dearborn schools do that anymore. Do they? How is this going to work in the future?”

“Obama has just gone too far. He is a moron! I bet his girls are not allow to go into these bathrooms.” said Eleni McKee.

Meanwhile, Texax Lt. Gov. Dan Patrick said: “I believe it’s the biggest issue facing families and schools in America… We will not yield to blackmail from the president of the United States.”

The Obama Bathroom Edict is not really a law. It’s more like a bribe, or blackmail. “It does not have the force of law, but it contains an implicit threat: Schools that do not abide by the Obama administration’s interpretation of the law could face lawsuits or a loss of federal aid” – according to the New York Times

“No student should ever have to go through the experience of feeling unwelcome or unsafe in their cages, chicken coops,  at school or on a college campus,” John B. A. King Jr., Secretary to the Assistant Chief Bureaucrat of the Department said in a statement. “We must ensure that our young people know that whoever they are or wherever they come from, they have the opportunity to get a great education in a clean environment — free from discrimination, harassment and violence.”

Students at Henry Ford College and the University of Michigan, Dearborn campus were not worried about the new bathroom laws. They quietly adjusted their feathers, and shrugged.

What Will the Dearborn School Board Do?

Some Dearborn residents were very upset by the new guidelines for public restrooms by the Obama Administration’s Bureau of Bathroom Management, and threatened to take their children out of the Dearborn Public School system. Others said they would join the crusade to defund the U.S. Department of Education. Others said that their cages were quite clean and comfortable, and they were happy to keep laying eggs every day, as usual.

Every city in America should be like Dearborn, Michigan where we allow diversity of thinking.

Diversity is all about equality, and equality is all about diversity. Our American culture pats itself on the back for being so diverse – whether that diversity be racial, ethnic, or cultural – it continues to ignore the biggest area of potential diversity: Diversity of thinking.

Christians, Muslims and Jews Working Together – In Dearborn, Michigan

“We are all children of Abraham, and we all love the law of Moses,” said Jonathan Swift, offering a modest proposal: “Let’s all work together to make our local schools safe for our children. We can set an example for America, right here in Dearborn. We don’t need help from the Federal government. So if they want to take Federal funding away, they can keep their 30 pieces of silver.”

What will it take to make our schools safe for all God’s children? All children are made in the image of God. Will they all be safe in school?

Black community leaders had this to say: “Gretchen Flores said she was molested at the age of 10 by her swimming coach in the locker room. Imagine how she’d feel today if a man walked into a private place where she was changing her clothes.”

“If it is not racial discrimination when a school doesn’t accept a white guy’s self-identification as black or Asian, then it’s not sex discrimination when a school doesn’t cater to a child’s self-identification with the opposite sex in spite of chromosomes, anatomy, and physiology. Once more the Obama administration is twisting the law to say things that it does not say, interpreting a birth sex provision in Title IX to cover mental self-deceptions about sexual identity. The policy coerces everyone to become complicit in a child’s self-delusion, invades privacy and scares children, and encourages extraordinary abuse by teenaged males against females. Sadly, Trump appears to condone such a policy as well. So neither party in the upcoming election will stand against this height of absurdity.”

Want your voice to count, in the Dearborn Debate?  Take the Patch Poll

The 8 page letter that was sent to all school districts is available here (as a PDF document).

The 25 page document issued by the U.S. Department of Education is attached: