DEARBORN, MI – Valerie Murphy-Goodrich, who was fired without warning by the Dearborn Civil Service Commission in a public meeting, and then fired again one week later by letter (back in 2012), has a pending lawsuit against the City of Dearborn alleging violation of public policy, wrongful discharge, retaliatory discharge, and violation of procedural due process. 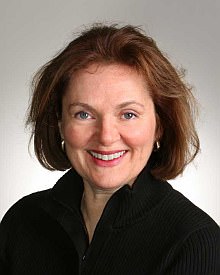 Ms. Murphy-Goodrich, who had worked for Dearborn for over 17 years as the director of Human Resources, had been the recipient of the Arbor Award, which recognizes excellence in human resources programs.

The City of Dearborn alleges that Murphy-Goodrich needed to be removed in order for improvements to be made to the city’s Human Resources program. Murphy-Goodrich’s attorney Michael Ohly stated, “Murphy-Goodrich made regular progress to implement changes, some of which she had been requesting funding for over the span of several years.” He also said she made regular reports to the Commission on the progress of the changes, and the city raised no issues regarding the proposed deadlines, many of which extended beyond the date she was fired. “An aspect of the report from the consultant that Dearborn is ignoring is the finding that the department was under-staffed”, stated Ohly.

Dearborn’s charter states that the Human Resources Administrator position is in the classified service, which means that “just cause” needs to be established prior to any disciplinary action being taken. Murphy-Goodrich alleges that she was denied due process, and that Dearborn’s assertion that she was an at-will employee is erroneous.