DEARBORN, Mich – Imam Feisal Abdul Rauf, the leader of the effort to build an Islamic cultural center (Cordoba House / Park 51) two blocks from Ground Zero in New York city, is kicking off a nationwide speaking and fundraising tour starting in Dearborn on January 15, according to reports in the New York Times. 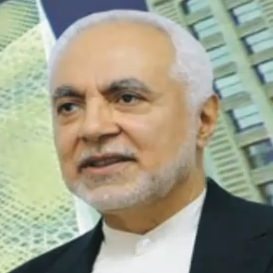 The tour’s first stop is in Dearborn for an event organized by the Islamic Society of North America (ISNA) — the First Annual ISNA Diversity Forum. Imam Rauf will be the key note speaker at a banquet during the ISNA Diversity Forum at 7:00 pm on Saturday night, January 15th.

“The major purpose is to make people aware of what America means as a country that protects the right to freedom of religion,” the Associated Press was told by Rauf.

The Christian Action Network says it is responding with a nationwide screening tour of its documentary film opposing Rauf’s project titled “Sacrificed Survivors: The Untold Story of the Ground Zero Mosque.”  The new film will be previewed at 5:00 pm, January 15th at the Ford Community and Performing Arts Center.

Martin Mawyer is the director and producer of Sacrificed Survivors. Martin is the president and founder of the Christian Action Network (CAN) and “has worked tirelessly to inform the American public of the dangers of radical Islam”. Martin is also the producer of several other films, including ISLAM RISING: Geert Wilders’ Warning to the West.  Mr. Mawyer began his career as a freelance journalist, resulting in his position as the editor of Jerry Falwell’s “Moral Majority Report.” In 1990, he founded the Christian Action Network (CAN), a non-profit organization created “to protect America’s religious and moral heritage through educational and political activism efforts, both on the national and grassroots levels”. Under Mawyer’s leadership, CAN has grown to have over 250,000 members. He has written three books and has appeared on TV and radio programs across the country, including Larry King Live, Hannity, NBC’s Today Show, the 700 Club, and Entertainment Tonight.

Tim Brown is a retired NYFD and a 9-11 first responder. Tim is also Founder of The Bravest, an organization dedicated to supporting slain members of the NYFD and their families. In Sacrificed Survivors, Mr. Brown’s startling testimony was presented during the World Trade Center Task Force on January 15, 2002. In excruciating detail, Mr. Brown recounted his rescue efforts of 9-11, which brought him close to death, in helping survivors of 9-11.

“If this mosque is built, it will be like 9/11 all over again for the families who lost loved ones.” – Tim Brown

Michael Burke is the brother of Captain Billy Burke, a New York City firefighter whose life was lost on 9/11. Michael will tell you the story of why Captain Burke was a true hero. He safely exited the World Trade Center on that day and he could have returned home to his family. He did not. He went back in the lives of others, but lost his own in the process.

Nonie Darwish is an Egyptian-American human rights activist, and founder of Arabs For Israel, and is director of Former Muslims United. Born in Egypt, Darwish is the daughter of an Egyptian Army lieutenant general, who was called a “shahid” by the Egyptian president Gamal Abdel Nasser, after being killed in a targeted killing in 1956. Darwish blames “the Middle Eastern Islamic culture and the propaganda of hatred taught to children from birth” for his death.

Andy Sullivan is the founder of the 9/11 Hard Hat Pledge, a petition signed by construction workers vowing to never build the Ground Zero mosque. Andy escaped World Trade Center Tower I before it collapsed and for weeks after the attacks, worked with the bucket brigade that searched for survivors and the remains of victims in the rubble. Today, Andy is a leader of the opposition to the Ground Zero mosque.

More information about the new film is available at www.sacrificedsurvivors.com.