You are here: Home / Community / Shovel Sidewalks Within 24 Hours of a Snowfall; Other Rules About Snow Removal

DEARBORN, Mich. – Dearborn residents can help get the roads plowed faster this winter by moving parked vehicles off of the street whenever three inches or more of snow is predicted to fall. When the City of Dearborn declares a snow emergency, you must remove your parked vehicles from the street or you could be ticketed and your vehicles could be towed.  Police do not issue warnings. 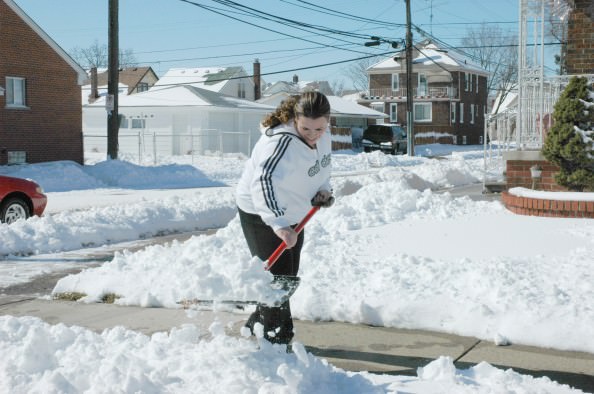 Remove snow from sidewalks within 24 hours of a snowfall, but don’t put snow in the street or on your neighbors’ property. Keep parked vehicles off the street to allow for efficient snowplowing.

Generally, you may park vehicles back on the street once the street has been plowed if no further heavy snowfall is expected. Note that crews may return to clear roads again if conditions require it.

In our last report about snow emergencies,  we informed Dearborn residents of the various communication methods:   CDTV, www.cityofdearborn.org, snow emergency hotline at 313-943-2444, broadcast TV and radio stations, and Twitter (@cityofdearborn) or Nixle messages. In addition, you may hear the outdoor emergency warning sirens.

Driveway aprons may become blocked due to snow plowing. City crews cannot go back to clear blocked driveways.  Note that after any significant snowfall, you must remove snow and ice from walkways within 24 hours.

During a major snowstorm you may hold your trash and recycling for a week and put out your carts again at the curb when the snow has cleared. You may also place your carts on your driveway close to the curb.