You are here: Home / Community / Attack on Dearborn Mosque Thwarted

DEARBORN, Michigan — The Council on American-Islamic Relations (CAIR) said in a press release that a bias-motivated attack on a Dearborn mosque was thwarted by local police.

Law enforcement authorities and officials with the Islamic Center of America in Dearborn reported to CAIR that a white male resident of California was arrested on Monday evening in the mosque’s parking lot while he was in possession of explosive materials. The man is currently being held on $500,000 bond. 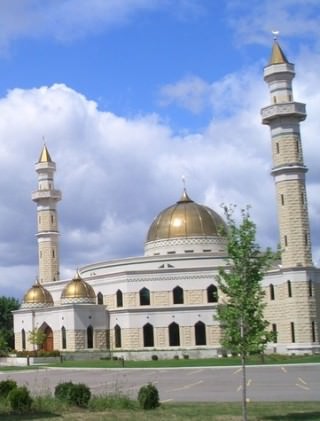 Islamic Center of America in Dearborn

“We thank law enforcement authorities for their quick and professional actions in this troubling incident,” said Dawud Walid, executive director of CAIR’s Michigan chapter. “The increased number of bias incidents targeting American Muslim institutions must be addressed by local, state and national authorities.”

Walid said that earlier this month, CAIR called on state and federal authorities to investigate vandalism at a Missouri mosque as a hate crime.

Other recent hate incidents targeting American Muslim institutions and houses of worship have included an arson attack on an Oregon mosque, an arson attack on a mosque in Texas, threats against an Islamic school in Oklahoma, a bias attack outside an Ohio mosque, shots fired outside a New York mosque, an arson attack on the site of a planned mosque in Tennessee, a threat to a previously-bombed Ohio mosque, the defacement of a South Carolina mosque, hate mail sent to mosques, Islamic centers and Muslim organizations in Michigan and Ohio, and a bomb attack at a Florida mosque in May of last year.

In a separate and unrelated event, nearly 300 protesters rallied at Dearborn City hall on Saturday afternoon in support of the Egyptian people. According to local reports, chants of  “1, 2, 3, 4 – kick Mubarak out the door” rang across Michigan Avenue, with demonstrators on both sides of the street holding signs and displaying the flag of Egypt.