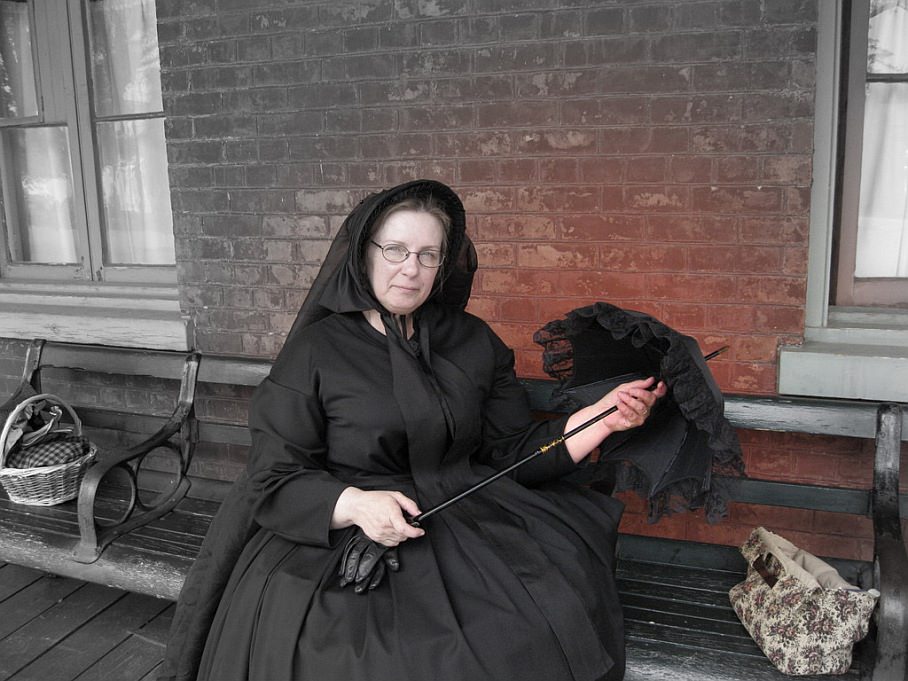 A Civil War widow waits for the coffin of her dead husband - frozen in time - outside the Smith Creek train station at Greenfield Village in Dearborn, Michigan.

On Monday, May 30, historian William Hendricks, an Indiana native now residing in Bessimer, Alabama, will present a moving commemoration on the Village Green at 12 noon, to honor the sacrifices and achievements of all those who have bravely fought and continue to fight in defense of our great nation. 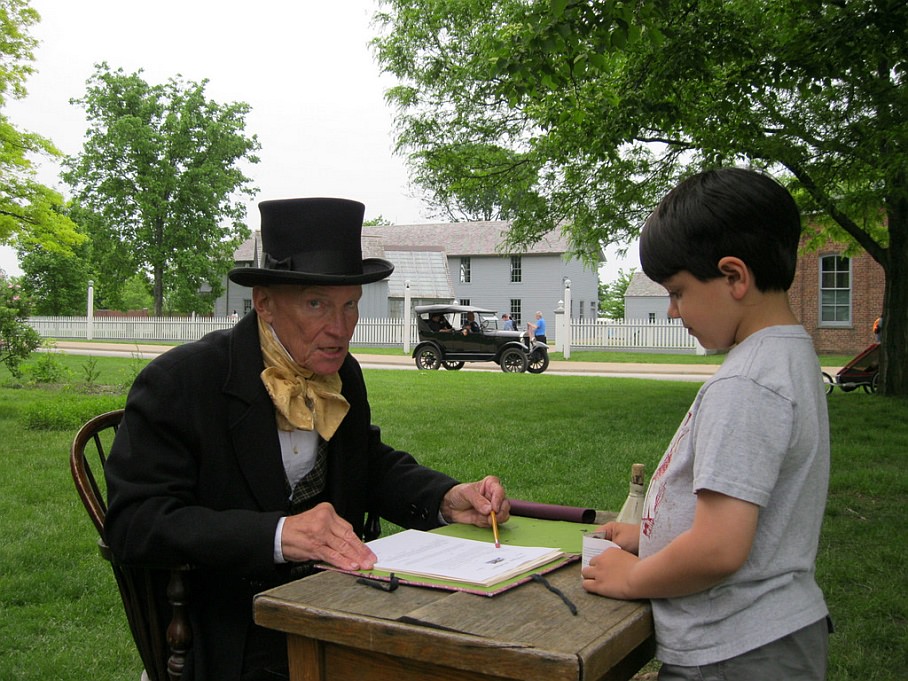 A Civil War Recruiter talks to young man about enlisting as a soldier during 'Civil War Remembrance' at Greenfield Village in Dearborn, Michigan

Civil War Remembrance at Greenfield Village in Dearborn, Michigan is one of the most comprehensive Civil War programs in the nation. 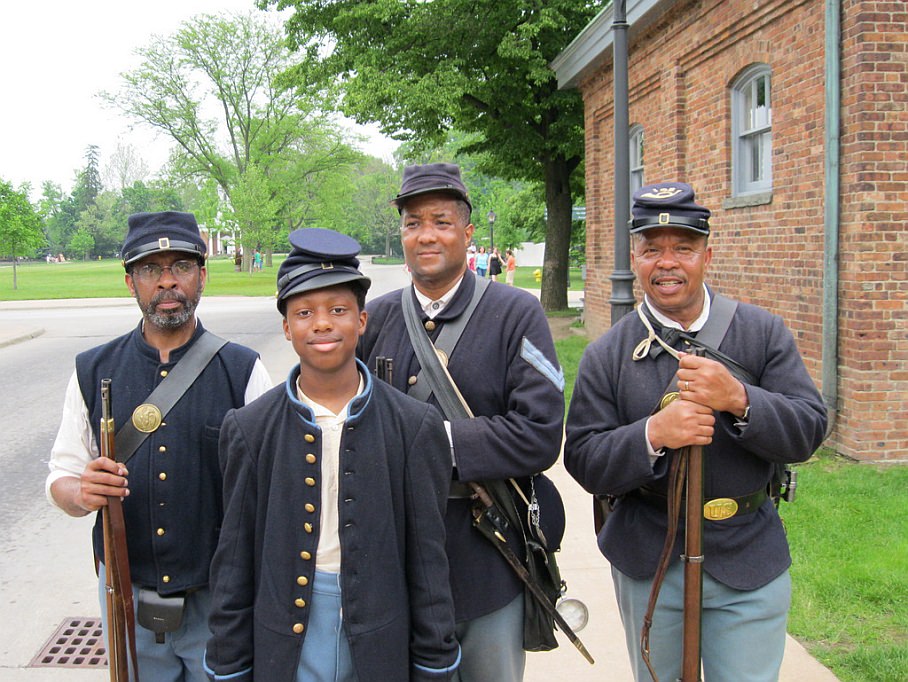 More photos of the event are available in the Dearborn Free Press photo gallery.