DEARBORN, Michigan – For years, Betty Swanson, a 65-year resident of Grosse Pointe Farms, had heard there was a difference between “Eastsiders” and “Westsiders” in metropolitan Detroit.

Since 1946, Swanson lived in three different houses in the beautiful suburban community of Grosse Pointe Farms, along the shores of Lake St. Clair, where she raised her family of two sons and a daughter. She was an “Eastsider.” 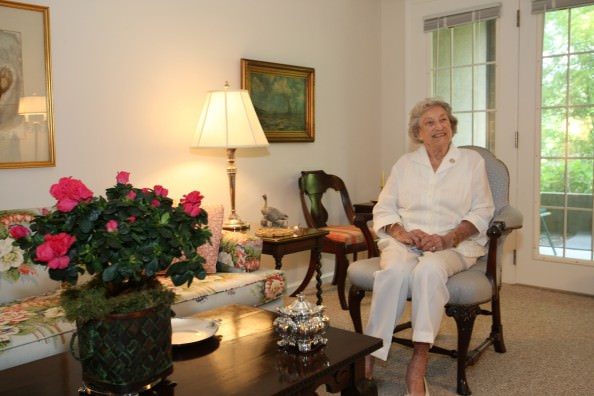 Time passed; her children had long since moved away; and the maintenance, steps, yard work, steps and gardening were becoming too much.

“I knew it was time to move,” said Swanson. “My son and his wife came from South Carolina to help me look for a senior facility with good care and nice amenities.”

According to Swanson, she didn’t think about the differences between the East side and West side when they visited the independent living apartments at Oakwood Common in Dearborn. “They were exactly what I was looking for.”

“It’s like a hotel and everyone is very friendly,” added Swanson, who admits she was not at all familiar with Dearborn. “Everyone takes care of you with a smile.”

Ready to move, Swanson’s house sold within two weeks to a buyer from out of town, who was transferred to Michigan by his company.

“I was very fortunate even though all the packing and making decisions were difficult,” added Swanson, who moved to Oakwood Common in early August. “Now that my pictures are hung, things look pretty good.”

The new resident hasn’t had time to give much thought to the difference between Eastsiders and Westsiders. She’s already played bridge, visited the Dearborn Farmer’s Market, and made a surprise reconnection with another resident she hadn’t seen since both were teenagers.

Now on the west side of town, Swanson is busy meeting her new neighbors and appears to be not a bit concerned about the differences from the east side, adding “it feels like home.”